The Miracle Before Us – Good News Journal

The State of Israel may seem normal. But it’s not. It is no more normal than the restoration of a withered hand or the parting of a vast sea. Israel is not normal. Israel is a miracle!

The nation’s existence feels normal to most people today partly because it has been there for 73 years. They forget that for two millennia, Jews were once scattered across the whole globe with no place to call home. In all that time, they continued to revere the law of Moses. They kept on celebrating Passover. Their culture did not disappear into the dominate cultures of the places they landed. They adapted to a variety of civilizations, but at their core, they remained the same. This is unique in human history.

They did not achieve this because of their virtue or courage. We can admire generations of brave Jews standing up to bullying, persecution, and even mass murder. But they remained a unique people because God promised that they would. Through Moses and the other prophets, He had warned them that certain behaviors would cause them to be dispersed across the earth. But even in His warnings, He promised to bring them back to the land He gave them.

He brought them back in order to uphold His word and the honor of His name. In Ezekiel 36:22, God says to the nation, “I do not do this for your sake, O house of Israel, but for My holy name’s sake.” In verses 24-25 of that chapter, God said, “I will take you from the nations, gather you from all the lands, and bring you into your own land. Then I will sprinkle clean water on you, and you will be clean; I will cleanse you from all your filthiness and from all your idols.”

Notice the word at the beginning of verse 25 — “then.” He promised to first bring them back to the land, THEN cleanse them of all filthiness. He’s been bringing them back for the last hundred years and that process continues. During the tribulation period, an awakening will take place among the people of Israel. They will turn to Jesus suddenly and in overwhelming numbers.

Today, Israel may look like other nations. It faces all kinds of problems — everything from mundane problems to existential threats. Its leaders make mistakes. As a nation, it often embraces political correctness over the morality spelled out in God’s word. There are pockets of corruption. Like so many other democratic nations in the world right now, some are trying to use the courts to unseat political opponents that they cannot defeat at the polls.

Israel is doing better than any other nation in the world at getting its population vaccinated. But, as with other nations, Covid-19 has given Israel a very rough time. The nation has allies and enemies. In the second half of the Trump Administration, many old enemies reversed course and became friends. Against all odds, they have a thriving economy and under their care, we have seen the desert blossom, just as God said it would.

But that’s not the biggest miracle. The biggest miracle is that Israel exists! And it exists in the ancient land God gave the Israeli people through Abraham almost four thousand years ago. God said He would do it and — against all human wisdom — He did. Israel exists today as a living testimony that God will do everything He prophesied. Israel proves the Bible! That’s why so many nations and people rage against Israel to this day.

So, when you read about the Jewish state’s high-level trials, her elections, economy, and fight against the pandemic — remember that Israel’s existence is not normal. It is a miracle! 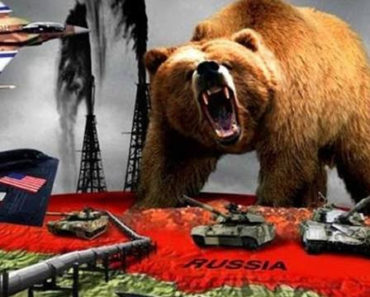