A young man sentenced to 88 years for a crime he did not commit chooses to make the most of his time in prison and turns it into a church. Chris Wilson, the son of two pastors, was always a good kid, smart, popular, and a budding rap artist. He had a great future ahead of him until an unexpected event crushed all those dreams at 18 years old.

On May 15, 2002, Chris Wilson’s friend fired gunshots from the car he was in. He didn’t think it harmed anyone. However, 30 minutes after the shots, he received a call that a young man’s life had been taken.

The next day, the police arrested Chris and his friend for murder. The authorities took him to a juvenile detention center in Danville, Virginia, awaiting his trial for a crime he didn’t commit. And while sitting there, a guard slipped him a booklet with the Gospel of John. So he read it, and in that same night, he rededicated his life to Jesus. He also asked God for help to get him out of the terrible situation.

Meanwhile, Chris’s friend admitted he acted alone. He was convicted of second-degree murder. His lawyer assumed the charges would be dropped and didn’t build a defense. So when Chris came to trial, prosecutors were eager to get another conviction. As a result, despite his innocence, prosecutors sentenced him to 88 years for first-degree murder.

Despite what happened, Chris’s parents trusted God and appealed for their 18-year-old son’s innocence numerous times. And each time, they were denied. But instead of Chris becoming angry and bitter, he chose to make the most of his time in prison.

“Whatever I was going to be at, I was gonna serve Him [God]. I knew I was supposed to add value to people. This is what I had a chance to do in prison,” he said.

Thus, as a dedicated follower of Christ, he led Bible studies inside the prison and became an inmate pastor. Moreover, he broke the record for the number of baptisms in the history of Virginia’s department of corrections!

“As for you, you meant evil against me, but God meant it for good in order to bring about this present result, to preserve many people alive.” -Genesis 50:20 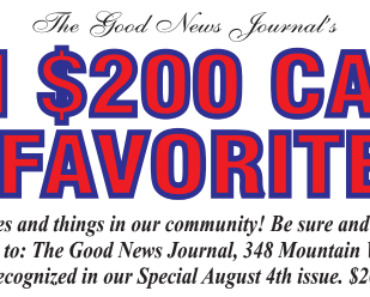