Tens of millions of Americans watched Super Bowl LV recently as the Kansas City Chiefs and the Tampa Bay Buccaneers went head to head at the Raymond James Stadium in Tampa, Florida. The game ended in a 31-9 Buccaneers victory. Due to the ongoing COVID-19 pandemic, the stadium admitted only about 22,000 fans, with a third being pre-selected, vaccinated healthcare workers.

Although the players competed fiercely on the field, off the field many shared one positive thing in common: their Christian faith. Following are just a few of the Christian players from both teams who played at the annual championship game.

Devin White- If an entire unit could win MVP, the Buccaneers defense would deserve it for pressuring the Chief’s QB all night long. Leading that stout defense was second-year middle linebacker Devin White. The team captain and second-team All-Pro led all players with 12 tackles, and his fourth-quarter interception in the end zone sealed the game for Tampa Bay. When asked how he felt to be a Super Bowl champion, White said, “I’m so blessed. I’m so thankful … And I was just so thankful to be able to take the stage tonight.” That he ended up in Tampa — which selected him fifth overall out of LSU in the 2019 NFL Draft — White says is a gift from God. “As I look back on it,” White explained, “I feel like it was Heaven-sent that they [were] just telling me, ‘You’re home. You’re home, get used to this place.’ That’s why I say God makes no mistakes.”

Shaquil Barrett- Another big factor for the Bucs’ defense Sunday night was outside linebacker Shaquil Barrett. He recorded one sack, tallied half of the team’s eight QB hits, and was largely responsible for the pressure Mahomes felt all night. Barrett, a sixth-year outside linebacker, said he was excited to be able to celebrate with his family — his wife and three kids, as well as some extended family — on the field after the game. “To even win a Super Bowl game is all glory to God,” Barrett said during his media session. “His plan is just amazing for me.” Earlier, Sports Spectrum asked him about how his faith in God guides him. He responded, “It just grounded me and made me realize what was important, and where I get the power from, where I get the strength to do all my daily activities, and then just the blessings that He keeps bestowing upon me and my family. It’s just amazing. I just want Him to know that. I want to give Him all the praise, honor and glory. That’s the reason why I’m able to do everything that I’m able to do on the field, off the field — it’s all because of Him.”

Patrick Mahomes- Chief’s star quarterback, 25-year-old Patrick Mahomes, experienced the worst game in his four-year career in Super Bowl LV, throwing zero touchdown passes, two interceptions, while taking three sacks and struggling with only a 52.3 passer rating. “Obviously, I want to win every game, but I’m glorifying Him every single time I’m out there,” he revealed. “As long as I’m doing everything the right way and the way that he would want me to do it, then I can walk off the field with my head held high and be able to be the man that I am,” he said. His mother, Randi Martin, told TheMix.Net in an earlier interview that her son began his spiritual journey as part of a youth group in middle school. “He got saved. There was a night at church, he had his hands raised to the Lord and he was singing,” Martin said. “I just felt overcome with this most awesome moment, more than any football game, because I knew where his heart truly is.”

Ryan Succop- Bucs placekicker, Ryan Succop, had quite a journey to the Super Bowl that was made possible by a sign he got in the form of a rainbow. Ryan has been a professional football player since he joined the National Football League in 2009. Kansas City Chief picked him as the final pick of the 2009 NFL Draft. After four years playing with the Chiefs, he played with the Tennessee Titans for another five years before he encountered an injury in 2019. The injury left him without a job throughout most of 2020 in the middle of the pandemic. In August of 2020, Ryan met with the Tampa Bay Buccaneers. Despite the worries of being away with his family, he trusted the Lord for the decision he would be making. “This is wild, but literally the night before that workout (in Tampa), I had been praying about this like, ‘Lord, if You want this for me and my family, I just trust You with it and I’ll just trust You to take care of it. And You’ll show me if You want us to be here or not,” he said. God answered his prayer in a marvelous way! God showed him a rainbow the evening of that same day. The rainbow clearly led him to Tampa Bay. “There’s a rainbow that goes directly over, and it looks like it goes directly into Raymond James Stadium … It was unavoidable, like I was like, ‘Oh my gosh, the Lord is showing me that He wants me to be here.'”

Anthony Sherman -Fullback for the Kansas City Chiefs, Anthony Sherman is also a believer in Christ who speaks openly about his Christian faith. Sherman was a fifth-round pick in the 2011 NFL Draft by the Arizona Cardinals and spent two seasons with them before being traded to Kansas City in 2013. He shared what God taught him in this season of his life, “For us to know that there’s going to be ups and downs but we’re going to be where He wants us to be at the end, and that’s the only thing you can really rely on. He’s the only one that can show us the way we need to be, and if we can rely on Him and really understand what He’s trying to say, and help guys and have them find Him, it’s a great thing.” Upon reaching the Super Bowl, Sherman said he looked at it as an opportunity to share Christ on one of the biggest platforms in the world.

At the end of the big day, when the confetti fell, being the winner or the looser was not as important for many of the players as making sure that Jesus got the glory. 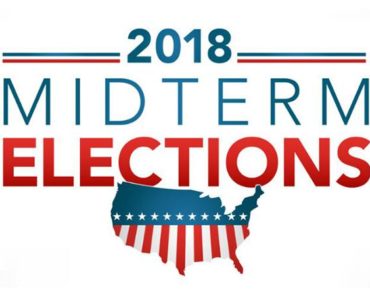 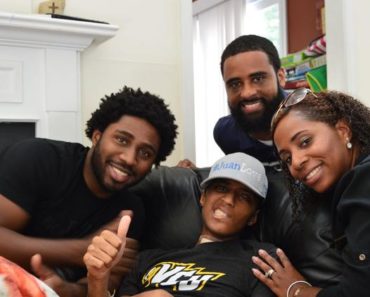