Christian singer-songwriter couple Jeremy and Adrienne Camp recently discussed the importance of vulnerability in marriage and how personal intimacy with God contributes to a healthy, thriving relationship.

“You can’t do marriage without Jesus, period,” Jeremy Camp said. “I think that’s the key, is putting Him in the center of marriage.”

“Marriage is not about our happiness it’s about our holiness … you realize getting in there that you’re being refined,” he continued. “I think that people have this idea when they are stepping into marriage that, ‘I’m going to find the person that’s going to fulfill me.’ When you go into marriage with that mindset, ‘I found this person that’s going to fulfill my heart,’ you’re setting yourself up for failure.”

“Marriage doesn’t complete you. Jesus completes you. Marriage is just a partnership together and walking through this life together.”

Emphasizing the importance of finding fulfillment in Christ alone, Jeremy recalled how Adrienne once told him, “I love you, you’re the love of my life. God’s pushed us together. But I don’t need you as much as you think I do.”

“I was trying to figure out how to make her happy and make everything right, and she’s going, ‘Hey listen, Jesus is my everything. I love you, but He’s the one that’s going to fulfill those needs you cannot fulfill.’”

“It doesn’t mean that I negate my responsibility as a husband to not do the things that God’s called me to do,” he clarified. “It means that … I look to Jesus for everything. When you look to your spouse for things for everything, you will be disappointed because we’re human, we’re flawed, and they can’t provide the things that only Christ can.”

Jeremy and Adrienne Camp, who have been married for 17 years and have three children together, have a well-known love story in the contemporary Christian music world. As dramatized in the recently-released film “I Still Believe,” they found love after Jeremy’s first wife, Melissa, died of cancer at age 23.

The couple recently released their new book, In Unison: The Unfinished Story of Jeremy and Adrienne Camp. In it, they honestly show what their marriage is like as they try to follow God’s will in often unusual circumstances.

“There is power and vulnerability,” Adrienne said, adding that isolation and secrecy is a “Trap of the enemy.”

“We wanted to be super honest in our book and say, ‘These are the things we’ve learned.’ We don’t have it figured out … we’re still on a journey … [but] we’re on a journey together and we want to be best friends and we want to keep Jesus at the center of our relationship because we believe that’s how you get through.”

In an earlier interview with The Christian Post, Jeremy stressed the reality of spiritual warfare and encouraged couples to be vigilant about combating the devil’s schemes.

“What people don’t understand is the seriousness of the enemy trying to break up families,” he said.

“A Christian marriage is a reflection of Christ and His bride, the Church. It’s an example of unity and oneness. So of course, the enemy is like a roaring lion, seeking to devour and destroy marriages. We must understand we don’t wrestle against flesh and blood; it’s the enemy of Jesus trying to cause conflict. He wants us to fail. If he can get the Christian to fail, then the world around us will ask, ‘Why do I need Jesus?’”

“We have to have an awareness of the enemy’s role in the breakdown of marriages and immerse ourselves in God’s Word,” the “Walk by Faith” singer continued. “The Bible gives us all the tools we need to fight the lies of the devil.” 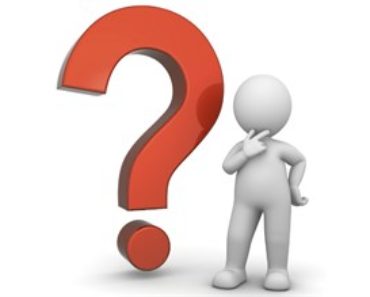