How Should Christians Respond to the Cancel Culture? – Good News Journal

In the last few weeks, the world has witnessed to its utter dismay social media silencing presidents, shutting up Conservatives, and canceling Christians. Franklin Graham has been cancelled. Focus on the family has been canceled. YouTube has banned the website LifeSiteNews and removed all of it’s pro-life videos. And, the list of those being canceled continues to expand. Whistleblowers sitting in on secret Big Tech meetings have revealed that these monopolies plan on broadening their restrictions and shutting down a lot more people. We now live in a time period defined as the Cancel Culture. How should a Christian respond?

Before we look at the answer to that question, we must point out that there has long been a precedent for Christians being “canceled” by the culture. We can look back to the beginnings of the Church in the first century. We read in Acts 4 how just after Pentecost the Apostles went out into Jerusalem preaching about Jesus Christ crucified and having resurrected from the dead. In a panicked response, the elite religious leaders of that day — the Pharisees — dragged the Apostles before the Sanhedrin. They were commanded not to speak again about Jesus.

This story demonstrates that there have been people all the way back since the beginning of the Church Age who have wanted to silence Christians, even to the point of killing them if necessary in order to shut them up.

Only during the last few hundred years have we in the West been living in this kind of pocket where Judeo-Christian values have allowed Christianity to flourish without challenge. But, for the rest of the world, and throughout much of history, the Church has been canceled everywhere it has reached.

Even during the early years of the Reformation, if you dared to own a Bible, or for heaven’s sakes, print a Bible in a language that could be read by the masses, you would be put to death by being burned at the stake by, again, the religious elites. Long have Christians suffered under the attempts by the culture-controlling elites to cancel Christians and silence the Gospel message.

What has been the result of all of this persecution? The churches have thrived! Christianity is thriving today in places like Communist China, which has been trying hard for decades to stamp out Christianity. Despite harsh persecution, the Lord is bringing into His own those who belong to Him.

The world watches closely to the way that Christians behave. For instance, before abortion became medically accessible, the Romans were notorious for taking their unwanted babies and throwing them into the fields to let them die. But, the Christians would go around and collect the babies and create orphanages and take care of the discarded children. Society looked at that odd behavior and took notice that there was something different about these people. Christians actually loved other people! In pagan societies, the people could care less about other people. They witnessed the love of Christ being demonstrated. That love drew the lost straight to the Gospel.

We all know from history that the Roman Empire inevitably collapsed, not only due to their own rampant immorality, but because of the rise of Christianity. And so, wherever there is the persecution of Christians in the land, Christianity grows.

Surely, I believe the open, violent persecution of Christians will inevitably happen in this country. Already there have been some Christians fined and jailed for their faith, and there will be many more coming in the days ahead. Attempts will grow to ostracize, silence, rob Christians of their livelihood, and shut down our churches.

We’ve got to remember that as Christians we were bought, we were paid for a price, by Jesus Christ who shed His own blood so that we might be saved. Therefore, we are His. Our lives aren’t our lives to give, rather they are Jesus’ lives to give. And, He uses those lives to bring other people to know Him as Savior. So, from the eternal perspective, millions upon millions of people will come to know Jesus as their Savior by God’s work through believers’ lives demonstrating His love and long-suffering. This little bit of suffering we endure today is nothing compared to the eternity of joy that we have lying ahead of us in Heaven.

We are going to endure much more persecution as believers in this country. So, the question left us is, “What are you prepared to endure for the cause of Christ?” I hope we all think about that. I hope we all will prayerfully weigh in. And, I hope you will be prepared in your heart for whatever the Lord has in store for you so that His name may be proclaimed and that He may be glorified. Let us demonstrate to the world that, by God’s grace, we are different and we are better than the cancel culture. 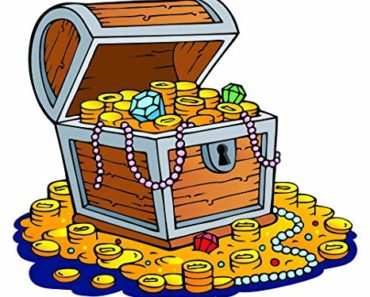