Tens of millions of Americans will be watching Super Bowl LV Sunday as the Kansas City Chiefs and the Tampa Bay Buccaneers go head to head at the Raymond James Stadium in Tampa, Florida. Due to the ongoing COVID-19 pandemic, the stadium will only admit about 22,000 fans, with a third being pre-selected, vaccinated healthcare workers.

Although the players will be competitive on the field, off the field many share one positive thing in common: their Christian faith. Both the Chiefs and Buccaneers have practicing Christians on their respective rosters who will be part of the biggest game in professional football.

The following list, presented in no particular order, includes Christian players from both teams who will be playing at the annual championship game.

Kansas City Chiefs quarterback and 2019 NFL MVP Patrick Mahomes has said faith has “always been a big part of what I do.” Mahomes shared that along with entertaining Chiefs fans, he’s also playing for God. “Obviously, I want to win every game, but I’m glorifying Him every single time I’m out there,” he revealed. The 25-year-old has been such a great example around his peers that many have expressed their admiration for his godly character. “As long as I’m doing everything the right way and the way that he would want me to do it, then I can walk off the field with my head held high and be able to be the man that I am,” he said.

His mother, Randi Martin, told TheMix.Net in an earlier interview that her son began his spiritual journey as part of a youth group in middle school. “He got saved. There was a night at church, he had his hands raised to the Lord and he was singing,” Martin said. “I just felt overcome with this most awesome moment, more than any football game, because I knew where his heart truly is.”

Outside linebacker for the Tampa Bay Buccaneers, Shaquil Barrett was instrumental in helping his team defeat the Green Bay Packers last Sunday which landed them in the Super Bowl. The athlete went undrafted out of Colorado State in 2014 and has made his way to being recognized as one of the NFL’s best linebackers.In an interview following the victory, Barrett said, “First of all, I just want to thank my Lord and Savior. To God be all the glory.”

Barrett’s Twitter bio says, “Enjoying the grind of everyday life. Keeping God and family at the top of the list.” In his social media posts online, the 26-year-old NFC champion often uses the hashtag #TGBTG an acronym that means “To God Be the Glory.”

Fullback for the Kansas City Chiefs, Anthony Sherman is also a believer in Christ who speaks openly about his Christian faith. Sherman was a fifth-round pick in the 2011 NFL Draft by the Arizona Cardinals and spent two seasons with them before being traded to Kansas City in 2013. Last year during Super Bowl opening night, he shared what God taught him in that season of his life. “For us to lean on Him,” he told Sports Spectrum of what he learned to do leading up to the Super Bowl. “For us to know that there’s going to be ups and downs but we’re going to be where He wants us to be at the end, and that’s the only thing you can really rely on. He’s the only one that can show us the way we need to be, and if we can rely on Him and really understand what He’s trying to say, and help guys and have them find Him, it’s a great thing.” Upon reaching the Super Bowl last year, Sherman said he looked at it as an opportunity to share Christ on one of the biggest platforms in the world.

Offensive lineman Stefen Wisniewski is grateful that out of the four teams he’s played for during his nine-year career, Kansas City has a strong core of Christians on its team. Wisniewski penned an op-ed for Sports Spectrum following The Chiefs 2020 Super Bowl win in which he opened up in detail about his strong commitment to Christ.

“After seven mostly successful years playing in the NFL, which included 90-plus starts and a Super Bowl ring with the Philadelphia Eagles, my career took a sharp turn downhill,” he wrote. “In 2018, I was benched during the season, fired at the end of the year, re-hired, then fired at the end of training camp this year. I spent the first five weeks of the 2019 season unemployed, on my couch watching NFL games. It was a frustrating time. But I believe God allowed all this to happen to me to test me, to bring Him glory, and to teach me how to better follow Him.”

Wisniewski grew up going to church and Christianity was mostly a cultural experience for him until a car accident in high school forced him to put his attention on God. “I felt like I was invincible. But one summer night, God reminded me in a big way that I wasn’t,” he testified.

Bucs placekicker Ryan Succop was raised in the Catholic Church and deepened his relationship with Jesus during college as he began attending a Baptist church. “The more I spent time in God’s Word and the more I prayed, the more at peace I became in [high-pressure] situations,” he told the Baptist Courier in 2018.

The former University of South Carolina player said starting a family also influenced his beliefs. Meeting his young children for the first time and “knowing there has to be a Creator for that [has] strengthened my faith a lot,” he said. “I want to keep trusting God and keep seeking him.”

“If you kick in this league long enough, there’s going to be ups and downs,” Succop explained. “I think something that has probably helped me to handle all that is that I try not to have my whole identity, or all of my thought process, be revolved around how I perform.”

“I’m very thankful — my faith, I think, has helped me through that,” he added. “My faith in the Lord and then my family — you have things to put football in perspective. I love playing [and] I’m going to go out and give it everything I’ve got, but at the end of the day, I’m trying not to let how I kick affect my mentality. I think that’s something that’s been a blessing to me is trying to have other things in [my] life. For me, it’s my faith and my family. I think the kicking takes care of itself when those two things are good.”

Succop was picked No. 256 in the last round by Kansas City but still never considered it a negative. “I always looked at it from the beginning as an opportunity,” he said to the Baptist Courier. “I always thought, man this is amazing — I am getting drafted to play football and to do what I love. I feel like God has given me this ability to play this game. I want to try to maximize that.” 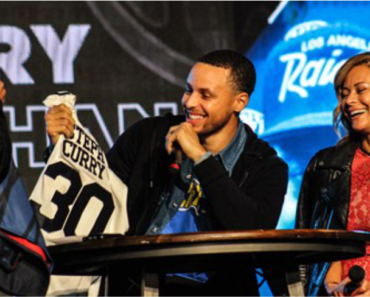 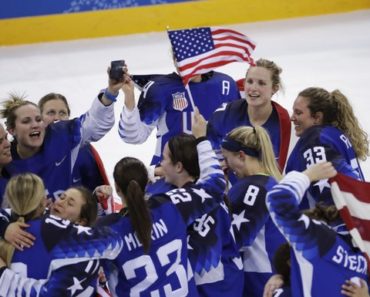