“I think Christmas meant a little bit more that year.” Dan recalls, “The presents weren’t the main thing. Celebrating what Christ did for us, and at the same time thankful for the ways He’s blessed us this year, so, it was different than any Christmas we had had before.” And a Christmas the Ferguson family will never forget. It all began that November in 2016, with an early morning phone call. Dan said, “The call woke us around 4am. It was the hospital telling us to get to Tallahassee as soon as possible. Caleb was in an accident.”

‘Caleb’ was Dan and Debbie Ferguson’s 18-year-old son, a freshman at Florida State University. Debbie recalls, “The phone call made it sound like we needed to get to the hospital quickly in case we had to say goodbye.” It happened around 1:30 am. Caleb was riding his skateboard back home from the school library, when he took a fall and hit his head on the concrete. When the EMTs arrived he was unresponsive and bleeding from his ears and nose.

Dr. Lawson was the neurosurgeon on-call. She recalls, “Caleb’s life was definitely in jeopardy. Aside from the traumatic brain injury that he had, there were several other medical conditions going on. He had rhabdomyolysis, a possibility for kidney injuries, fevers, it looks like a pneumonia. So he had a bunch of medical issues going on in addition to his traumatic brain injury.”

Four hours after getting the news, Dan and Debbie arrived at Tallahassee Memorial Hospital. They found their son in a medically-induced coma. Debbie explains, “I just asked Dan, I’m like, ‘Is Caleb going to die?’ You know, ‘Cause it was so uncertain. We just didn’t know.” Dan said, “That’s when I got scared. And then that’s when the fear and just the enormity of what possibly could happen really kind of sunk in.” Over the next couple days doctors monitored Caleb closely. If his brain continued to swell, he would need surgery to reduce the pressure. Dr. Lawson said, “A few days later, his pressure actually went higher. He had a couple of other medical issues going on that uh prevented us from sort-of optimizing his brain pressure, so we needed to sedate him even more heavily.”

Using Caring Bridge and social media, Dan and Debbie kept friends and family updated on Caleb’s condition. People around the world were praying for his healing. Debbie said, “There were times where we would say, ‘Okay, this is happening right now, he’s having a procedure right now.’ And they would pray and the procedure would-would go beautifully.” However, Dan admits that their faith was tested. He remembers, “There were times where I was angry and wondered where God was. Why wasn’t He doing something quicker? I think my faith that God was with us during that time was pretty constant. And I would say that I felt Him near.”

By the second week Caleb’s brain pressure had normalized but doctors were still concerned. Dr. Lawson said, “I was fairly confident he was going to survive, but I was not very confident in how he might do. There was a lot of uncertainly, you know, how bad is his brain injury gonna be? Is he gonna be able to go back to college? Is he gonna be able to talk?” Dan thought, “When you as a dad want to help your child, and you can’t do anything but sit there and watch, it’s very helpless, and it was exhausting. It was discouraging for us.”

Slowly they brought Caleb out of his coma. A brain scan showed no major damage but he could barely move his limbs. Debbie said, “They didn’t know if he had a spinal injury. And thinking about Caleb possibly being wheelchair bound was devastating.” Fearing the worst, Caleb’s family and their church continued to pray as Caleb worked and fought to regain his motor functions. Eventually he was transferred to Brooks Rehab Facility. Debbie recalls, “They were thinking that he would have some side effects. It could have been that we had to work a lot with his fine motor skills. He had a hard time with any kind of just, just touching, bringing his hand up to touch his nose. It took a lot of effort. And oftentimes he would get about half way and then he would just drop his hand. He couldn’t do it.” Caleb said, “I’m not the giving up kind of person, I wasn’t gonna let this, you know, determine the way I was gonna live my life.”

As Caleb pushed through rehab, cards and prayers of encouragement continued to pour in. Caleb remembers, “I would get five, six, seven, ten letters a day uh from people back home sending me stuff like uh praying for you, we’ve been here with you this entire time, you know, you’re gonna make an awesome recovery, God’s with you, He has you in His hands. That’s when the turning point was.”

Doctor Lawson explains, “When we saw him back in follow-up in the office, it looked like he was doing great. In-fact he was planning to go back to college later that year. So, it looked like he made a complete recovery.” Debbie said, “Emmanuel took on a different meaning in that just because He arose, His Spirit is still here. And through that whole process I felt God’s presence. I don’t know how people can walk through these kind of situations without having an assurance that you’re not walking through it alone.” Dan concludes, “God didn’t promise that things would be easy for us in this life. He said, you’re gonna face trials and hard things, but in the midst of that, I’m gonna be with you. It just to me showed me the power of what the church can do as we come together and unite on one purpose and pray together and ask God to do something. And God did a miracle for us.” 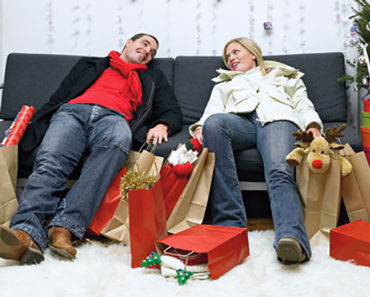