In my entire lifetime, I have never seen Americans so emotionally invested in the outcome of a presidential election. There are many Democrats that do not even want to imagine another four years under Trump. In fact, for many of them it is literally the worst thing that they could possibly imagine ever happening. But for many Republicans, a Trump loss would be equally as devastating.

But no matter the outcome of the 2020 election there are some things that are more important than who is elected to office. We must always remember that God comes first; a political party is secondary. Our faith is what defines us, not politics. After the election results are in remember, your governor, senator, or the president may not be the person who holds the same beliefs as you do. If that’s the case, make it a priority to pray for them as hard as you would if your candidate had won.

Many experts have called the election of 2020 the most pivotal election since Abraham Lincoln ran against General George McClennan in 1864 — a time when the Civil War was raging and our nation was every bit as divided.

Today, more than any time in modern history, the stakes have never been higher. If there is anything we have learned from history, it’s not the election results that have taken lives, destroyed property, and viciously hurt innocent bystanders, it’s the response of the winners and the losers of those elections that created irreparable harm and unyielding division.

In many of the last presidential elections, the outcome has been projected on election night or in the early-morning hours of the day after the election. However the winner of the hotly contested 2020 presidential election might not be determined for days, weeks or even months because mail ballots are being accepted for days after the election in many swing states. Also candidates may ask for a recount if the margin is close and litigation could delay the results of the election even longer.

Whoever is declared the winner it is extremely important how people, especially Christians, respond to the outcome.

Evangelical pastor, author and televangelist, Jentezen Franklin had this to say, “What if your presidential candidate wins? What if your presidential candidate actually loses? Your response as a believer in the aftermath of this election may have a far greater impact on the Kingdom and this nation than any political decision or legislation that passes with the signature of the winning candidate.”

Franklin went on to ask, “What will that victory mean to you? Will it cause you to believe that God was on your side? How will it cause you to see those who voted differently? Will they sense compassion or an air of superiority? What will your Facebook post say? What will you do on Instagram and Twitter? I can promise you this – those who just suffered a great loss will be watching, and your influence with anyone that thinks differently than you will be hanging in the balance. Will they someday be open to hear what you have to say about Jesus or will they do everything they can to avoid you and your self-righteous countenance?”

We need to ask God how He would want us to respond. Will this be about you and your need to be “right” or will it cause you to pray for those who may consider you their enemy now? Can you empathize with people who may feel like they have lost everything that mattered to them? Your response matters more than you might have imagined and it’s not only your candidate that’s on trial in the moments following the election results —it’s your witness and your influence.

Franklin then had these questions, “What if your candidate loses? Will you be able to handle that moment, knowing God is ultimately in control, or will the loss be such a blow that it will cause you to be bitter and withdraw? Will you feel like all is lost and your God failed you or will you declare, “Not my will but thine oh Lord?” Will you feel abandoned? Will you be angry?” Will you see the winner as a person God has set in place and honor the position or will you declare, “Not my president!?”

Our response in seasons where God does not seem to come through are critical moments in the development of our faith because we are challenged to have faith when we cannot see the why or the reason.

For so many, this election feels like such a “do or die” moment. It feels, just like it did in 2016, that the very fate of our nation hangs in the balance. But as believers we must never lose sight of the fact that it is God who determines our trajectory — not an election. His purposes are never “hanging in the balance” and He is never out of control or at a loss. God’s will is sovereign and His plans don’t always match ours, and neither do the people He chooses to place in seats of authority.

Lastly Franklin asked, “What will those who voted differently than you read when they see your social media posts or see you at the market or even at church next week? Will they see you in all your glory and splendor if you won, or agony, anger, and despair if you’ve lost? Will they find an open hand or a fist pumped in the air declaring victory?”

The weight of this moment in history is enormous, but so is the opportunity. Who will the world see after the final votes are counted? Let them see Jesus and arms big enough to embrace those who see the world differently than you do.

If we can do that, our witness can draw others to His throne and to salvation. 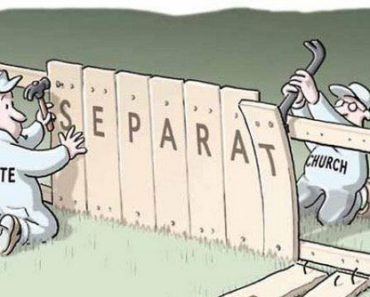 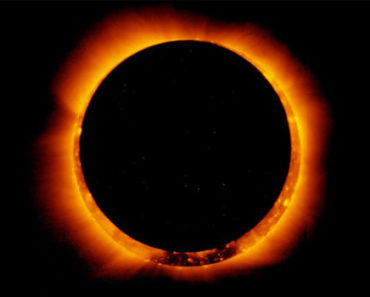