The stakes are high this election year – Good News Journal

This is a dangerous time for our 244-year-old republic. The choices we make Nov. 3 will send us down one of two dramatically different paths, and the wrong decision will be catastrophic. Former Speaker of the House, Newt Gingrich, said recently that the next election will be the most significant since the Civil War In 1864 — and he’s right.

With so much at stake, it is imperative that Christians show up on Election Day. You have the opportunity — and the responsibility — to help set the course for our nation in a manner that uplifts our biblically-held convictions. I won’t tell you who to vote for. You haven’t asked me to…and you can figure it out for yourself. But I will mention some of the more critical issues that are at stake.

1. The Fate of the Next Generation- There is a battle waging in the classrooms and our communities for the hearts and souls of our children and grandchildren. Our young ones are being force-fed a radical agenda that is godless, anti-American and sexually perverted. Make no mistake, the left and secular culture want your sons and daughters as their own. As parents, our children’s spiritual formation is job No. 1, and we need to be extremely careful to whom we give the power to shape our children.

2. Capitalism versus Socialism- Our nation is built upon a system of free enterprise; socialism limits enterprise and creates undue reliance on the state. Yet this is not simply an economic issue; it is a spiritual matter. Socialism, at its core, is a secular framework that installs government as “god.” It has no use for faith, freedom, or the will of the people.

3. Religious Freedom- This liberty is foundational to a free society, and its protection is enshrined in the First Amendment. But as our nation falls away from its Judeo-Christian roots, this freedom has come under great attack, and now, your right to live out your faith is in jeopardy. Whether a Christian cake artist or a pastor preaching from the pulpit, left-leaning politicians have made it abundantly clear that they will look to silence people of faith that uplift and live by the word of God.

4. The Sanctity of Human Life- All life is a sacred gift from Almighty God, but too many in our society no longer acknowledge this truth. As a nation, we have murdered more than 60 million babies through abortion and have ended countless other lives by euthanasia, we compel our health care professionals to participate in the taking of human life, and we fail to pass laws offering even the most basic of protections for human life. Horrifically, this past year, Democrats in some states have passed laws that effectively allow infanticide. God help us if we fail to take a stand against such wickedness.

5. Marriage and the Family- The family was God’s original building block for society, and countless studies have shown that children flourish with a married mother and father. And yet radical LGBTQ forces and our culture have sought to deconstruct families and marriage, through the media, through an ever-evolving sexual revolution, and by way of law and policy. The latter effort was most recently aided by five justices on the Supreme Court. If we lose this cornerstone of our society, we will lose our nation.

6. The Judicial System- Given recent rulings, we all know that this is a culture game changer. Judges are constitutionally charged to interpret the law, not make law. But again and again, our judges have acted outside their authority, bringing us atrocities such as abortion on demand, same-sex marriage and the so-called “separation of church and state.” Most recently, they crafted a complete redefinition of sex within the interpretation of the law. This horrendous decision will haunt us for as long as this nation endures.

I could go on, but you’ve heard enough to understand that the future of our nation hangs in the balance. Nov. 3 is drawing near. Inform yourselves, pray about this mighty responsibility, and then cast your vote.

For forty-plus years in ministry, my love for God and the love of my family has compelled me to be a voice in our culture and nation. We owe it to our children and future generations to choose our leaders wisely and set an example. So please, steward your vote, and don’t sit on the sidelines this election. 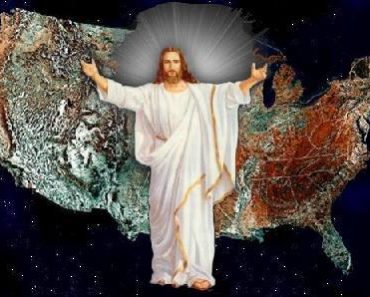