“Black Lives Matter” is one of the most popular slogans in America today and many Americans are embracing the phrase without questioning the underlying motives of the people leading the movement. There’s a huge difference between the well-intentioned activists pushing for racial equality and the goals of those who run the “Black Lives Matter” organization. Many people are taking a closer look at the positions of the BLM hierarchy and the damage that has been unleased on our country by followers of this movement and are having second thoughts about supporting this movement.

The Bible warns us of the danger of becoming like those we associate with and who have our ear. “But do not be deceived. Bad company corrupts good morals.” (1Corinthians 15:33)

The stated goal of BLM is to start a cultural revolution that will completely upend our society and upend our capitalist system. At least 3 of the founders of Black Lives Matter identify themselves as Marxists. Marxism has inflicted untold misery on tens of millions of people who have been forced to live under regimes waving its banner. Anyone today that says they’re a Marxist ideologue either doesn’t know the history or doesn’t know the spiritual roots of this.

From their inception seven years ago, until very recently, the BLM website listed as one of the objectives they wish to achieve is to “disrupt the Western proscribed nuclear family structure.” In others words they want to do away with God’s framework for the family, with a married father and a mother while celebrating homosexuality and transgenderism. One of the real problems in our society today, especially in the black community, is the absence of a father in households. The National Fatherhood Initiative has studied the impact of that absence and discovered that it’s a primary factor in nearly all of the societal ills facing our nation. Children without fathers are: 4 times more likely to live in poverty, 7 times more likely to become pregnant as a teen, twice as likely to drop out of high school, much more likely to abuse drugs and alcohol, much more likely to commit a crime and go to prison, and much more likely to have behavioral problems. BLM’s approach of disrupting the nuclear family is just the opposite of what families actually need to insure their kids have a fighting chance to find success in our world today.

They’re also radically pro-abortion. Back in 2015, there’s actually a solidarity statement standing with Planned Parenthood. How can they say Black Lives Matter on the one hand and then partner with the leading killer of Black lives? BLM and the media want you to believe that there is genocide in the streets. The real genocide is that 20 million black babies have been murdered in the womb since 1973.

If that is not enough to make you question the movements intentions, there is the satanic connection. At a BLM rally in Los Angeles this June, it’s organizer, Dr. Melina Abdullah called out the names of blacks killed by police and summoned the spirits of the dead by pouring out a drink offering on the hot pavement. “Our power comes not only from the people who are here but from the spirits that we cannot see,” claimed Abdullah. “When we say their name, we invoke their presence and then their spirits actually become present with you. This ritual is our form of worship.”

BLM founder, Patrisse Cullors (who identifies herself as queer and Marxist), explained how she has been empowered by these spirits and how the mantra to “say his (or her) name” is definitely more than just a slogan. It is an appeal to the spirits of the deceased to rise up and work through her and others in the tradition of the Yoruba religion. The Lord warned the Israelites to not participate in the summoning of the dead and we should heed that warning today. Cullors was right about one thing, the battles we fight in our society are ultimately spiritual battles. What she doesn’t understand is that victory is found not in calling on the spirits of the dead, but in calling on the Spirit of the living God.

As of this writing, nearly $2 billion in damage has been done to businesses and homes in cities across America by BLM followers, the most expensive civil unrest in recent history. So much for the “peaceful” protests that are being pushed by the main stream media. The BLM movement to de-fund police departments have resulted in many in law enforcement to retire, leaving neighborhoods across the county at the mercy of criminals and thugs. Violent crime has exploded and many are now rethinking the de-fund the police idea. A recent survey reveled that black dominated communities want more police presence not less.

Despite these unsavory foundational tenets under-girding BLM, politicians, big corporations, the main-stream media, professional sports leagues, and sadly many liberal churches and schools have jumped on board. The fact that BLM followers camp out on public property, shut down freeways, target politican’s homes and confront dinners at outdoor restaurants with intimidation tactics and that their protests have degenerated into destructive riots with looting, vandalism, statue-toppling, arson, and cops being shot doesn’t seem to matter.

In September, two young Los Angeles sheriffs were ambushed in their car. Bystanders were heard laughing and making fun of the wounded police officers. None saw fit to try to help them. Then protestors showed up at the hospital where the wounded officers were taken. Cries coming from the mob included: “We hope they die.” And “Kill the F***** police.” Then “Y’all all gonna die one by one.”

This is sick, evil and demented. Is this something that a Christian or any decent person really wants to be associated with? It is becoming more and more obvious that back in May, after the George Floyd tragedy, many people were deceived and felt that BLM was the way to express their anger and frustrations at a breakdown in law enforcement and a way to institute change in the system. It is now becoming more and more obvious that BLM has other motives and ambitions and their methods of accomplishing those goals are outside the good morals of many people. Maybe that and the continuing destructive violence in the streets are reasons why the support for BLM has plunged from a high of around 70% approval to only 29% in a recent Pew poll.

As evangelicals weigh their response to racism and police brutality, they must consider if they can support a movement whose values are diametrically opposed to the Bible’s. Black lives do matter! All lives do matter! But, BLM as an organization has stolen control of the narrative and is using the legitimate pain of the black community to push their radical beliefs on the country which is a huge hindrance to true healing. That they stand in direct opposition to so many core Christian beliefs should make us all question if we really want to be associated with such bad company. Not only are our good morals at stake, but also the future of our country! 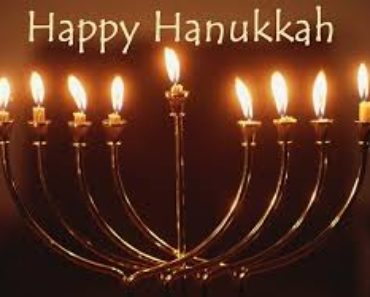