Come to Denver and you’ll find a baseball swashbuckler –Rockies All-Star Centerfielder Charlie Blackmon – rattles opponents with an elite bat, prized power, base-running speed, and of course – that beard! On and off the field, the guy they call “Chuck Nazty” holds a great first impression!

He’s among the game’s most dynamic playmakers, both offensively and defensively. Charlie relishes his role as a leadoff hitter and tone setter, saying, “I like being the first guy to go to the plate. I’m going to get the most at-bats that night. I’m kind of the first representative of the Rockies out there. If I do well and get on base, we have a good chance to score because we have such good players behind me. So I really enjoy being the catalyst of sorts.”

It’s the past three years of Charlie’s 7-year career that he and his beard have become inseparable. Charlie explains, “I showed up at spring training in 2014 and made the team for the first time with my beard. And so I decided to stick with it. And I was lucky enough to make the all-star team that year. So if it ain’t broke, don’t fix it, so I just kept it. And it’s something that I enjoy.”

As a player in a game of high performance and who delivers statistically, how does Charlie separate defeat from his self-worth? “For me spiritually realizing that, you know, baseball is something that I spend a lot of time doing but you can’t turn baseball into an idol, what you derive your self-worth from,” Charlie says. “It has to be something you do, not who you are. And once I figured all those things out, honestly baseball seemed a lot smaller to me, with the ups and downs and the struggles of failure that are going to happen, inevitably, within the game of baseball.”

You might be surprised as to what sets the tone for baseball’s elite tone setter! Charlie responds with, “I ask for a grateful heart every day and even when it seems tough, you know, you should rejoice in being tested. Everything needs to be an opportunity in my eyes and not an obstacle.”

Charlie’s gratitude begins with what he admires most about the Christ that he follows, saying, “The love that He has for me, even though I don’t deserve it. You know, that grace is something that I try to understand every day. But it’s hard to comprehend! I try and learn more about Him every day. And I just want to represent our God in what I do, on the field, how I treat people and what I’m thinking all the time also. I think that’s very important.”

Also important is Charlie’s reputation as an independent thinker, who values genuine Christian commitment. Charlie says, “I think it’s very important for a few reasons: Be honest with yourself! You’ve got to earnestly believe! And then if you believe it, then you have to, you know, you have to live it out, right. Like if you actually believe Jesus is who He says He is, and that He died for our sins, then you can’t just ignore that fact and go on doing whatever you feel like you’re doing. Authenticity is going to show up. People are going to find you out, you know, if you’re just talking the talk and not walking the walk.”

Charlie, how do we pray for you? Charlie responds, “Good question! Every day I think humility is big. Like I need humility. And then I also need to stop thinking about myself so much. I need to be more concerned about other people, the people that I’m around, people I interact with, even the people that I’m playing against. And so maybe just, you know, that faith to step out and speak to someone or help someone who might need it.” 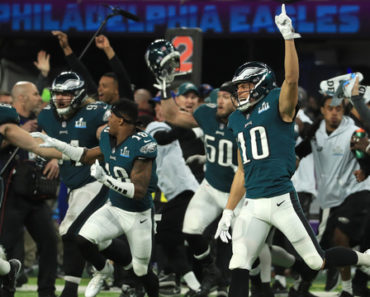