Hope for Every Stage of Life – Good News Journal

“God heard their groaning, and he remembered his covenant promise to Abraham, Isaac, and Jacob. He looked down on the people of Israel and knew it was time to act.”
—Exodus 2:24–25

Talk about a guy who messed up his life. Moses blew it big time. Pharaoh’s daughter adopted him as an infant, and they were training him, presumably, to be the next pharaoh of Egypt.

But Moses, an Israelite, knew this wasn’t the life that he wanted to live. He wanted to help his fellow Israelites get free from the bondage of Egypt, and he sensed his destiny early on. He had the right idea, but he went about it in the wrong way.

One day Moses saw an especially cruel Egyptian taskmaster beating an Israelite, and he stepped in. He killed the taskmaster and hid his body in the sand.

But sand shifts, and before long Pharaoh found out what happened. He effectively put out a contract on Moses’s life. Moses suddenly went from being the Prince of Egypt to a fugitive from Egypt. And as Exodus 3 begins we find Moses, now 80 years old, living in Midian and tending sheep.

One day deep in the wilderness, God spoke to Moses from a burning bush. He told Moses that He had seen the suffering of His people and was appointing him to return and demand their release.

Moses was stunned. He hadn’t heard from God for 40 years. But in reality, God was preparing him. Those 40 years may have seemed like a waste of time to Moses. But God was getting him ready.

Pastor Chuck Smith once told me that everything is preparation for something else. So, think about your own life for a moment. You might be going through something that makes no sense to you right now.

Maybe you’re asking, “Why am I going through this trial at this stage of my life?” or “Why am I facing this crisis?”

Here’s why: God is molding you into the man or woman that He wants you to be. 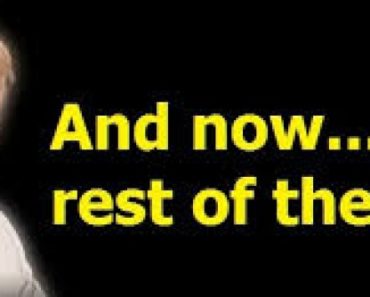