The headline to this article is not sensationalistic. It is not click bait. It is truth. Shocking truth. Yes, Instagram has designated videos of live worship on the streets to be in violation of community guidelines, calling the content “harmful.” Let the outrage be felt and heard.

Sean Feucht is a worship leader and songwriter who recently ran for political office in California. He is also a conservative Christian. On June 23 he tweeted, “This is what we’ve come to in America! Instagram is now classifying my WORSHIP videos as ‘harmful or false information.’ Religious Liberty? Freedom of Speech? Big Tech censorship?”

Included in the tweet was a screenshot from Instagram, explaining that the company had removed his video post because it was violation of Community Standards. (Oh, those dread community standards again!) Specifically, Instagram stated, “Story removed for harmful or false information.”

What on earth does this mean? What can it possibly mean?

Feucht’s tweet got the attention of Missouri’s Senator Josh Hawley who tweeted, “Cancel culture meets #BigTech. Now @instagram is censoring a Christian worship leader who wants to post videos of praise and worship from places where there has recently been unrest. And that doesn’t meet ‘community standards’? Can’t wait to hear the explanation for this.”

What on earth were the all-powerful censors thinking? There are endless videos on Instagram showing disturbing clips from the recent protests and riots, all of them somehow in conformity with community standards. When a video is posted showing Christian worship in the midst of these protests, it is removed for alleged “harmful or false information.”

Since there is nothing “false” about the video, then it must be considered “harmful” — hence the headline to this article. Is this actually what Instagram meant? Could they possibly be claiming that worshiping the Lord on the streets of our divided cities is harmful?

One of the videos censored was titled “Worshiping through the riots in St. Louis,” which showed a diverse group of people preaching a message of peace, faith and inclusion as music played in the background.

Another video, titled “HOPE RALLY at the George Floyd Memorial site,” was censored. It showed people praying, singing and comforting one another, apart from various baptisms of those in attendance. It also showed people of different races crying together and hugging each other.

“I’m a leader in the faith community. I’m also an artist and I have a worship and missions ministry,” Feucht told Fox News. “One of the things we’ve been doing since [the recent U.S. protests] started happening is, we’ve been going to a lot of these places and bringing a unified — black, white Hispanic, Asian — just a unified coalition of people together, worshiping and praying, and peacefully protesting.”

Feucht included a screenshot of tweets from Beni Johnson, then using the handle @prayfor5, which at present is not appearing on Twitter. Her tweets, posting Bible verses, were blocked, with the note, “This Tweet may include sensitive content.”

So, worship is deemed “harmful” and Scripture verses about peace are deemed “sensitive content.” Really?

Let us, then, flood Big Tech with the Word and worship. And let us report and challenge every unjust infraction about the practicing of our faith. 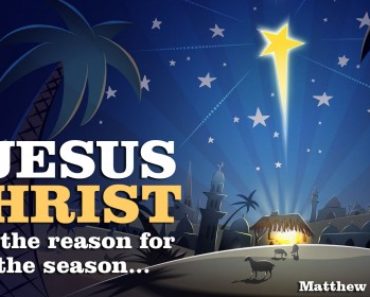