Today’s news is dominated not by politics but by the escalating coronavirus epidemic.

Here’s an odd example: security personnel in Australia are guarding racks of toilet paper. An Australian newspaper even printed eight extra pages in a recent edition—emergency toilet paper, it explained. Retailers in the US and Canada have also begun limiting the number of toilet paper packs customers can buy in one trip.

Toilet paper doesn’t provide extra protection against coronavirus. It’s not typically a staple of impending emergencies. So, why the hoarding?

Psychologists explain that people resort to extremes in times of panic. Images of empty shelves cause us to think we need to rush out and buy what is selling out. It’s also natural to want to overprepare. And such preparations allow us to feel a sense of control over what feels like an uncontrollable crisis.

As one counselor says, hoarding toilet paper gives people “the feeling that they had done everything that they could.”

Toilet paper hoarding is not the only way people are attempting to gain control over this crisis.

The CDC tells us to wash our hands frequently, lathering soap on our hands for at least twenty seconds. To track the time, they suggest that we hum the “Happy Birthday” song twice. CNN has improved their advice with a list of songs from each decade we can sing while washing. It begins with “Jailhouse Rock” by Elvis Presley and concludes with “Truth Hurts” by Lizzo.

A group of elementary school students has created an automated disinfectant dispenser built from Legos. The robot dispenses alcohol disinfectant while a recorded voice shouts, “Washing hands is super.”

At the other end of the financial spectrum, the Bill & Melinda Gates Foundation joined with two other charities on Tuesday in pledging up to $125 million to help speed the development of treatments for the virus.

And an increasing number of people around the world are choosing to self-quarantine to protect themselves from others and others from themselves.

Such measures are ways to do what we can do. In the face of this epidemic, people feel that they are responsible for protecting themselves and those they care for.

Absent from the cultural narrative so far as I can tell, however, is a call to trust in a power greater than ourselves.

Self-reliance is an expression of the secularism of our day, which frees secular people from living under the authority of others but comes at a price: there are no authorities to which they can turn in times of need.

If we don’t trust our leaders in government, business, or religion to be reliable and honest, how can we trust them with something like a deadly viral epidemic?

Our cultural rejection of authority is not only dangerous at times like this—it is self-defeating as well.

God’s word calls us to submit to and depend on God because our Creator knows what is best for his creation. He knows that he can guide us more omnisciently than we can guide ourselves. He can meet our needs more omnipotently than we can. He can protect us from enemies we cannot see and provide infinite hope that transcends and redeems our finite world.

That’s why Jesus said, “If anyone would come after me, let him deny himself and take up his cross daily and follow me” (Luke 9:23). It’s why our Lord calls us to submit to him “as a living sacrifice, holy and acceptable to God” (Romans 12:1). It’s because God can do so much more with us and for us than we can do with and for ourselves.

Secular people are trusting in secular power in facing the coronavirus epidemic. Christianity offers us a higher power and more encouraging hope.

But as with all gifts, this gift must be opened.

What “little” and “big” things will you trust to your Father today? 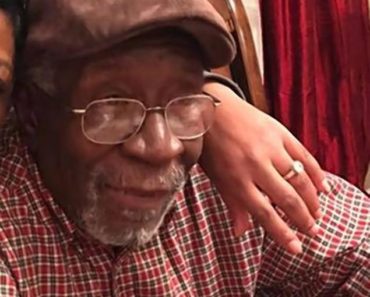