Why Are So Many Young People Unhappy? – Good News Journal

According to Grant Duwe, director of research and evaluation at the Minnesota Department of Corrections, in the 1980s, there were 32 mass public shootings (which he defines as incidents in which four or more people are killed publicly with guns within 24 hours). In the 1990s, there were 42. In the first decade of this century, there were 28. In all the 1950s, when there were fewer controls on guns, there was one. Fifty years before that, in the 1900s, there were none.

Reuters Health reported in 2019, “Suicidal thinking, severe depression and rates of self-injury among U.S. college students more than doubled over less than a decade, a nationwide study suggests.” The study co-author Jean Twenge, a psychology professor at San Diego State University, said, “It suggests that something is seriously wrong in the lives of young people.”

Why has this happened?

There are any number of reasons. Increased use of illicit drugs and prescription drug abuse, and less human interaction because of constant cellphone use are two widely offered, valid explanations. And then there are young people’s fears that because of global warming, they have a bleak, and perhaps no, future.

But the biggest reason may be the almost-complete loss of values and meaning over the last half-century. America was founded on two sets of values: Judeo-Christian and American. This combination created the freest, most opportunity-giving, most affluent country in world history. That’s why people from every country on Earth so wanted to immigrate to America — and still do.

Chief among American values was keeping government as small as possible. This enabled nongovernmental institutions — Kiwanis International, Rotary International and Lions Clubs International; book clubs; the Boy Scouts and Girl Scouts; bowling leagues; music societies; and, of course, churches — to provide Americans with friends and to provide the neediest Americans with help. But as government has gotten ever larger, many of these nongovernmental groups have dwindled in number or simply disappeared.

Another set of values is what is referred to as “middle-class” or “bourgeois” values. These include getting married before one has a child; making a family; getting a job so as to be self-sustaining and sustain one’s family; self-discipline; delayed gratification; and patriotism. All of these have been under attack by America’s elites, with the following results:

Marriage and family are the single greatest sources of happiness for most people. Yet, the percentage of American adults who have never been married is at a historic high. More Americans than ever will not get married, or they will marry so late they will not have children. In 1960, 9% of blacks ages 25 and older had never been married. In 2012, it was nearly 40%.

The rates of suicide, self-injury, depression, mass shootings and loneliness (at all ages) are higher than ever recorded. It seems that Americans may have been happier, and certainly less lonely, during the Great Depression and World War II than today, even with today’s unprecedentedly high levels of health, longevity, education and material well-being.

And nothing has given Americans — or any other people, for that matter — as much meaning as religion. But since World War II, God and religion have been relegated to the dustbin of history. The result?

More than a third of Americans born after 1980 affiliate with no religion. This is unprecedented in American history; until this generation, the vast majority of Americans have been religious.

Maybe, just maybe, the death of religion — the greatest provider of meaning, while certainly not the only — is the single biggest factor in the increasing sadness and loneliness among Americans (and so many others). A 2016 study published in the American Medical Association JAMA Psychiatry journal found that American women who attended a religious service at least once a week were five times less likely to commit suicide. Common sense suggests the same is true of men.

The bottom line: The reason so many young people are depressed, unhappy and angry is the left has told them that God and Judeo-Christian religions are nonsense; their country is largely evil; their past is deplorable; and their future is hopeless.

That seems to be a major reason, if not the reason, for so much unhappiness: not capitalism, not inequality, not patriarchy, sexism, racism, homophobia or xenophobia but rather having no religion, no God, no spouse, no community, no country to believe in and, ultimately, no meaning. That explains much of the unprecedented unhappiness.

And it explains the widespread adoption of that secular substitute for traditional religion: leftism. But unlike Judaism and Christianity, leftism does not bring its adherents happiness. 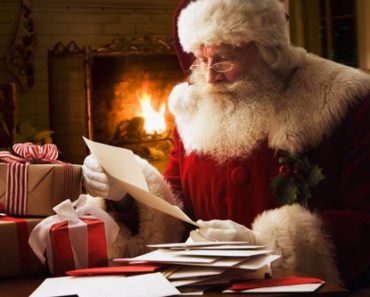