A shockwave hit sports fans around the world at the end of January over the untimely death of NBA superstar Kobe Bryant who was just 41 years old. Bryant, his 13-year-old daughter Gianna, and seven others died in a helicopter crash near Los Angeles.

Bryant, known for his fiery competitiveness, went straight to the Lakers from high school at 18-years-old. He won 5 NBA Championships, two Olympic gold medals and was an 18-time all star. Bryant is third on the list of all-time NBA scorers – surpassed by Lebron James the night before he died. James spoke about Kobe’s influence on his life as a young man.

“I remember one thing that he said, he was like, ‘If you want to try be great at it, or you want to be one of the greats, you have to work at it. You know there is no substitution for work.'”

Bryant had difficulties in his personal life, facing a sexual assault charge in 2003 that was later dismissed in a settlement with the accuser. During a 2015 interview with GQ, he said that confronting those challenges led him to consider certain life choices he was making and return to his faith for guidance.

“The one thing that really helped me during that process – I’m Catholic, I grew up Catholic, my kids are Catholic – was talking to a priest. It was actually kind of funny: He looks at me and says, ‘Did you do it?’ And I say, ‘Of course not.’ Then he asks, ‘Do you have a good lawyer?’ Uh, yeah, he’s phenomenal. So then he just said, ‘Let it go. Move on. God’s not going to give you anything you can’t handle, and it’s in His hands now. This is something you can’t control. So let it go.’ And that was the turning point,”

In 2006 interview, Stephen A. Smith asked Bryant what he learned after what was likely one of the lowest times in his life and career. The NBA legend replied with three words: “God is great.”

“Is it really that simple?” Smith asked.

“God is great,” Kobe responded again, adding, “it doesn’t get much simpler than that.”

Bryant confessed that his marriage wasn’t always perfect, but the couple was able to reconcile their differences. The couple started the Kobe & Vanessa Bryant Family Foundation by supporting youth homelessness through programs that encourage a healthy lifestyle and physical fitness. The foundation expanded internationally with the “Kobe China Fund” after Bryant befriended Cao Yan, a 14-year old boy with spina bifida. He arranged for Cao to receive life-changing medical treatment in Los Angeles.

Bryant was on his way to a youth basketball game with his daughter Gianna at the time of the crash after attending communion at his church that morning. Kobe leaves behind his wife Vanessa, their 17-year-old daughter Natalia, 3-year-old daughter Bianka and a 7-month-old daughter Capri.

Franklin Graham, son of evangelist Billy Graham and head of Samaritan’s Purse, expressed his sorrow on Facebook. “Our deepest condolences and prayers for the families of NBA-great Kobe Bryant, his 13-yr-old daughter, and the other victims in this tragic helicopter crash in California today. Please remember them in your prayers,” he wrote. “Anytime there is tragedy like this, it is a reminder of the brevity of life and that none of us know when we are going to have to stand before God and give an account for our lives. Are you ready?” 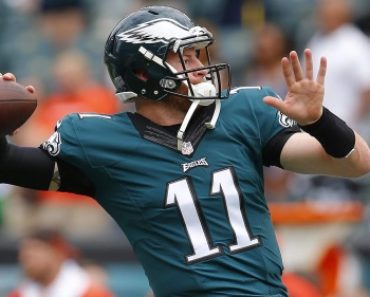