A massive crowd of well over 100,000 people, poured into the nation’s capital to support life and protest abortion at the 2020 March for Life on Friday, January 24. Donald Trump became the first president to appear in person at the rally in Washington D.C., telling those in attendance, “Every child is a precious gift from God.”

Past presidents who opposed abortion, including Ronald Reagan and George W. Bush, did not personally attend the event but instead sent remarks for others to deliver or spoke via telephone hookup.

“We’re here for a very simple reason – to defend the right of every child, born and unborn, to fulfill their God-given potential,” Trump said. “For 47 years, Americans of all backgrounds have traveled from across the country to stand for life. And today, as president of the United States, I am truly proud to stand with you.”

“Together, we must protect, cherish and defend the dignity and the sanctity of every human life. When we see the image of a baby in the womb, we glimpse the majesty of God’s creation. When we hold a newborn in our arms, we know the endless love that each child brings to a family. When we watch a child grow, we see the splendor that radiates from each human soul… Every human life, born and unborn, is made in the holy image of Almighty God.”

“President Trump has done more for the pro-life community than any other president, so it is fitting that he would be the first president in history to attend the March for Life on the National Mall,” said White House spokesman Judd Deere. Many in the audience hoisted red signs declaring, “Most Pro-Life President Ever.”

Those extreme views became abundantly clear when two days after the rally, presidential candidate, Pete Buttigieg, told a pro-life Democrat at a Fox News Channel’s Town Hall meeting that she has no place in today’s Democrat party. Kristen Day, a 50-year-old member of Democrats For Life, asked if Mayor Pete would support more moderate language in the party platform to “ensure that the party of diversity and inclusion really does include everybody.” Mayor Pete, who professes to be a Christian, said he stood by the platform’s current language — which supports late-term abortions. Day replied, “The Democratic platform contains language that basically says that we don’t belong, we have no part in the party because it says abortion should be legal up to nine months and the government should pay for it. There’s nothing that says people who have different views on this issue should be included in the party.”

Day was right and the contrast between Trump’s March for Life speech and the language in the Democrat’s party platform could not be more stark. Pro-lifers should remember that when choosing who they will vote for in November. 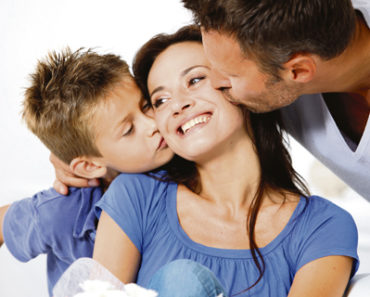