The Kansas City Chiefs are world champions after winning Super Bowl LIV in Miami, Florida, defeating the San Francisco 49ers 31 – 20 after another remarkable comeback. The Chiefs are now the only team in history to be down by double digits and then to come back and win in three post-season games in one season – and that’s just what they did to win the Super Bowl.

After the victory, Chiefs Chairman and CEO Clark Hunt said, “I want to thank the Lord for blessing us with all these incredible people to bring this trophy home.”

Hunt has been vocal about his faith and wants his players and employees to find theirs, too. “We want our employees to develop spiritually,” he said. “In the National Football League, Christ is really glorified. My identity is my faith in Christ.”

The Chiefs and 49ers each had phenomenal seasons as they battled it out on the biggest stage in football. Players from both teams say they have leaned on their faith to help them with their careers and keep everything in perspective.

Chiefs Quarterback Patrick Mahomes was named MVP of the Super Bowl, carrying the ball into the end zone on his own for one of the Chiefs’ crucial touchdowns. He’s easily one of the most electrifying players in the league and he says his faith in God is the source of his success.

“Doing what I do every single day, and then knowing that as long I’m doing everything the right way, the way that He’d want me to do it, then I can walk off the field with my head held high and be able to be the man that I’m supposed to be. It’s given me a lot of blessing in my life and I’m trying to maximize and glorify Him in everything I do,” said Mahomes.

Chiefs punter Dustin Colquitt has been active in the Fellowship of Christian Athletes and Athletes in Action. He says, “As a Christian, I think God has given me that platform to say, ‘Hey, I’ve allowed you to do a lot of things, and I need you to speak my Name.’”

The 49ers Running Back Raheem Mostert played a key role in helping his team take the lead earlier in the big game. Mostert says his faith in God helps him weather the bumps and blows of life.

“So I’ve got a Bible verse on my chest, Psalm 23:4-6, ‘Even though I walk through the valley of the shadow of death, I shall fear no evil. For God is with me, thy rod and thy staff they comfort me.’ And that right there in and itself explains my life. Everything that I done went through. I done been through the darkness. And I’ve been able to come out with the light,” Mostert had told CBN Sports before the game.

Meanwhile, one of the Chiefs’ players is grateful he went through a difficult time earlier in the season, or he wouldn’t have even been in the Super Bowl with this team. Guard Stefen Wisniewski was dropped by the Philadelphia Eagles in late August. At that low point in his football career, he placed his future in God’s hands, and God showed up big, allowing him to be picked up by the Chiefs.

“The best place you can be in life is the center of God’s will. And the center of God’s will for my life was unemployed for 5 weeks. And it was a challenge and He was with me and I leaned on Him during that time and I trusted Him, praised Him. I knew that if He wanted to, He could exalt me again and it was just my job to humble myself before him, and here I am about to start in the Super Bowl. That’s all because of God,” Wisniewski told CBN before the game. Now he’s a Super Bowl champ once again! 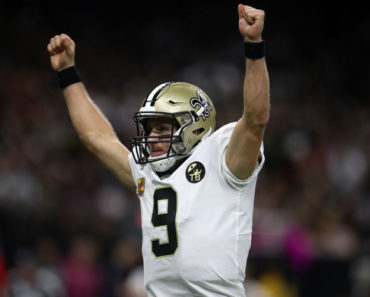