China and the NBA: How Much Are Our Moral Values Worth? – Good News Journal

For months now, the world has been transfixed by the stunning images streaming out of Hong Kong of endless masses of people protesting in the streets. These protests have now been going on without pause since March and the numbers continue to grow, at times reaching well over a million people.

A key element of these protests is the presence Christians, including many Christian leaders. One of the main reasons that Christian Hong Kongers are so concerned is that mainland China is currently engaged in an all-out crackdown on Christians, replete with arrest quotas for police, brutal interrogations, the demolishing and shuttering of churches and detention camps. For months now, pastors have simply been vanishing and Chinese Christians have been dragged off to prison. Just last week, a 3,000 seat mega-church building in China was demolished while the congregation was worshipping and the church’s pastors were arrested.

Recently, the general manager of the NBA’s Houston Rockets expressed his support for these brave Hong Kong citizens in a simple tweet. Mainland China went nuts, banning the NBA from state TV and ditching NBA-related sponsorships.

Facing the loss of a sizable amount of Chinese dollars, NBA Commissioner Adam Silver expressed regret that Daryl Morey’s tweet offended the league’s “friends and fans in mainland China.” Players then tripped all over themselves to talk about “how complicated” the situation was, even while lavishing praise on China and their fans. Sadly, the league’s support for China has resulted in their cracking down on free speech here in American. Fans in Washington D.C. had their pro-Hong Kong signs confiscated, while fans with similar signs at a Philadelphia 76’er game were kicked out of the coliseum.

The leagues actions, and especially their unwillingness to make any kind of a moral stand here, are in stark contrast to their convicting moral clarity back in 2016, when the NBA threatened to boycott the state of North Carolina and even canceled an all-star game over the so-called “bathroom bill.”

In other words, the NBA will boycott North Carolina over bathrooms but will morally hem and haw and say “it’s complicated” when it comes to China’s practices of harvesting organs, imprisoning and otherwise persecuting religious minority groups, and forcing abortions on women?

In response to the blow-up between the NBA and China the sports publication, Deadspin, reported on a leaked internal ESPN memo. In it, the Disney-owned sports network mandated that its reporters avoid any discussion of tensions surrounding the NBA, China, and Hong Kong, and instead focus on “related basketball issues.”

In other words, a network that goes out of its way every year to celebrate gay pride month has forbidden commentators from even talking about actual human-rights abuses and the persecuting of Christians by China.

Even the socially woke LeBron James claimed that Morey was “misinformed” and had been unwise in his tweet. Hong Cong protestors were so angered by his statement that they burned his jersey in the streets of Hong Kong. A USA Today commentator called this the most disgraceful moment of LeBron’s career. Instead of defending unfettered freedom of expression, a value he has championed so boldly in his marketing campaigns, James suddenly went all morally relativistic and suggested we should be “educated” before we speak aloud about China and their club-wielding bullies beating down protestors trying to protect Hong Kong’s judicial independence.

As someone who has been outspokenly critical of his own government and the many wrongs he perceives are happening in America today, James is the last person who should ever give the impression that he favors the suppression of any viewpoint—even one that is proving to be as costly and uncomfortable as Morey’s has been for him and the NBA. Freedom of speech and freedom of religion isn’t something that should be protected only on a case-by-case basis.

“Injustice anywhere is a threat to justice everywhere,” he wrote on Jan. 15, 2018, quoting Martin Luther King Jr. on his holiday. “Our lives begin to end the day we become silent about things that matter.” Is China exempt from this because that’s where he sells truckloads of jerseys and shoes and plans to distribute his upcoming “Space Jam 2″ movie?

The truth is that James and the NBA are simply marching to the beat of American political correctness, a beat to which its biggest corporate sponsors also marched. You had better believe this was about money more than morality, about dollars more than decency. And heaven forbid that the NBA would lose millions of dollars because of petty human rights violations like the oppression of hundreds of millions of people, including arrest, torture, and even execution.

Why is it that these professional sports associations, broadcasting networks, and so many other companies often line up with Communist China in their virtue signaling?

It’s because, like China, they see human beings as expendable compared to their real priorities: for China, it’s the Party; for these companies, it’s profit. Both are willing to sacrifice humans on the altars of their false gods. China has been stealing America’s intellectual properties for years. Are we now going to let them steal our moral and religious values as well? 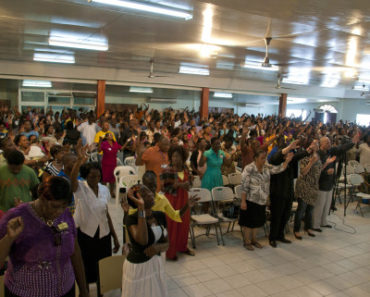 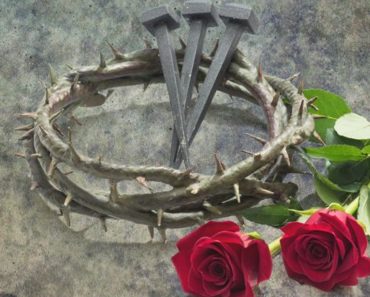