Imagine you and your family are in an Anaheim, California motel or Airbnb. Preparations for tomorrow’s visit to Disneyland are complete. Excited kids have finally settled down to sleep. You’re able to relax a minute before doing the same.

Then you feel it. The floor begins to rumble and roll. The room sways. A nearby lamp rattles. It takes about two seconds to realize you are experiencing a California earthquake. In the seconds that follow, you ask yourself, “Could this be the big one? What are the safety procedures? What do I do to protect my family?”

In a few more seconds, all goes quiet. The quake ends. It turns out to have been small – at least for you. But how far are you from the epicenter? How bad was it there? Has there been any damage? Are the freeways intact? Will the airport be operating when it’s time for you to go home? Is Space Mountain okay? What about the rest of Disneyland?

You go on the internet in search of information. In a matter of minutes, an article appears giving preliminary information on the quake – where it was centered and how strong it was. You learn that it wasn’t the big one, and it won’t disrupt your plans.

Then, at the end of the brief article, you see that it was written entirely by machines. A computer at the US Geological survey received and evaluated data from seismic sensors across the region. It sent an alert to various news media containing basic information and preliminary statistics. A computer at the newspaper where you found the article then spit out the preliminary story. Such use of technology is useful and, in an emergency, could be crucial.

But where is it leading?

More than half of all internet traffic is now automated, mostly by what are referred to as “bots.” That’s short for “web robot.” These are not manlike machines sitting at keyboards and reading computer monitors. They are software applications. They do automated tasks, following scripts written for them.

By some estimates, during the 2016 election cycle, one-fifth of online debates were between machines with no human beings involved at all. Bots can be programmed to generate political stories or get into political arguments. Why pay people to do this when you can automate the process with Artificial Intelligence? The next time you get into an online debate with a stranger, that stranger may not even be human.

Bots follow scripts given by their human masters. Those scripts reflect the beliefs, biases, prejudices, and purposes of those humans. By automating the process, bots turn the work of a single human into something that looks like the work of thousands, maybe millions. They invade social networks. They generate posts and lay out stories meant to persuade people of a certain point of view, or sometimes to paralyze the political opposition with confusion.

And then there are the real people. In 2016, a group of people in Veles, Macedonia – most of them teenagers – made their city famous as the “Fake News Capital of the World.” They discovered that the American elections were a gold mine. All they had to do was make up stories that people wanted to believe. Every click on one of their stories meant money in their pockets. Whether or not the stories were true, made no difference. If people clicked on the story, it made money. So, they wrote outrageous things – the more outrageous the better, as long as it felt like something that could be true.

It’s no accident that when His disciples asked Jesus about the end times, His first words were a warning. In Matthew 24:4, He said, “Take heed that no one deceives you.”

We live in the era of deception. Today, there is little consensus on reality. They used to say that pictures don’t lie. But they do now. Film of someone doing something or saying something once served as irrefutable evidence that the person did or said what was depicted. Not anymore.

So, what do we believe? Who do you trust in an era when liars have been given such powerful technological tools? Two thousand years ago, Pontius Pilate asked, “What is truth?”

As the world struggles to understand what is true and what is real, those who know Jesus can rest in the most fundamental truth of all – Him. 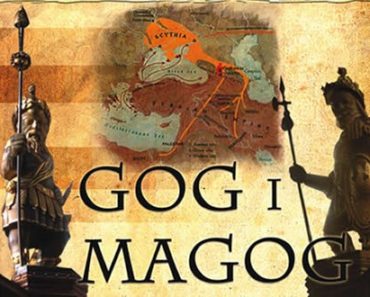