It seems that the solution to our nations many problems, in the minds of elected Democrats and many in the media, is impeachment. Even before he was sworn into office, President Trump’s political opponents were talking impeachment. Democratic House members have already introduced impeachment articles against Trump on at least four other occasions. For almost three years of the Mueller investigation we were told daily that there was evidence of Trump wrongdoing that would lead to his impeachment. After the report was released many Democrats and the liberal media were crushed to find no real impeachable offenses.

In their desperate need to impeach someone, the left turned their attention to an old nemesis, Supreme Court Justice, Brett Kavanaugh. But that attack would quickly come to an end when a new chance to get Trump emerged.

n response to the revelation from a “whistleblower” that President Trump asked the president of Ukraine to investigate Democrat candidate Joe Biden’s son Hunter Biden, House Speaker Nancy Pelosi announced she was launching an “impeachment inquiry.” These new charges were heralded as a “smoking gun” by some and a “nothing burger” by others. It’s still not clear whether this “inquiry” will lead to actual proceedings. One thing is for sure, we can now look forward to another year of media frenzy and constant attacks and counter attacks between the president and his foes and it will get very, very ugly.

The chance of the president actually being removed from office is, as of now, almost zero. The Republican controlled Senate would need a two-thirds majority to actually impeach Trump even if it managed to get out of the House. Do you wonder why Democrats would go to such extreme measures with so little chance of actual success? That answer is simple. They hate Donald Trump so much that they are willing to abandon all appearances of working with him to solve the nations real problems in an attempt to remove him from office before Americans have a chance to decide his fate in the upcoming 2020 election. We are now living in a time in which political leaders and the media are unwilling to put national interest above political ideology.

Pastor Robert Jeffress stated, “The Democrats don’t care if they burn down and destroy this nation in the process. I have never seen the Evangelical Christians more angry over any issue than this attempt to illegitimately remove this President from office, overturn the 2016 election, and negate the votes of millions of Evangelicals in the process.”

Studies indicate that Congress is more polarized today than at any time since the Civil War. Pew Research Center has documented an ever-widening gap between Democrats and Republicans in America on a variety of issues. I believe Americans will be even more divided during and after the impeachment inquiry. In his introduction to Impeachment: An American History, Jeffrey A. Engle writes that impeachment “disrupts the American political landscape as few other events do, leaving scars forever dimming the political careers for all involved.”

There are a lot of reasons to be frustrated by the state of American politics right now. Maybe you think the impeachment of President Trump is long overdue; maybe you think this is a de facto coup attempt against a legitimately elected president. Barring some dramatic turn of events, the coming months will be dominated by the impeachment process. The news is already filled with distortions of the truth and outright lies from both sides of this battle. Our enemies are laughing and our friends across the world have to be cringing at the spectacle of Americans fighting each other at a level that could eventually divide this once great nation beyond repair.

Our nation is entering into a time of extreme crisis. We are divided against ourselves on so many issues. Impeachment is at the top of a long list including immigration, gun control, trade, abortion, and gender confusion just to name a few. The Bible warns against such division.

Whatever your opinion of President Trump or his opponents, please remember three biblical imperatives as the impeachment inquiry proceeds.

One: We are called to pray for our leaders and respect their office even if we do not respect the person (1 Timothy 2:1-2). This principle applies to leaders of both parties across the political spectrum. If they are in public office, they are to receive our intercession.

Two: We are to speak truth in ways that glorify God and advance the common good. This verse is a perpetual command from the Lord: “When you talk, do not say harmful things, but say what people need—words that will help others become stronger. Then what you say will do good to those who listen to you” (Ephesians 4:29 NCV). Such speech will be a powerful witness in these polarizing days.

Three: We need to bind the spirit of division. “I appeal to you brothers and sisters, in the name of our Lord Jesus Christ, that all of you agree with one another in what you say and that there be no divisions among you, but that you be perfectly united in mind and thought.” -(1 Corinthians 1:10; NIV)

Frederick Buechner once said, “If you want to be holy, be kind.”
How holy will you be in the coming days? 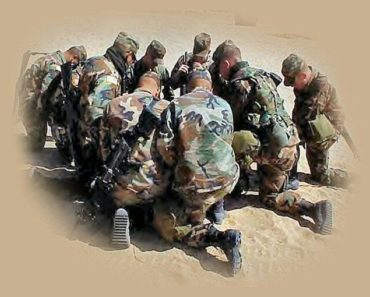 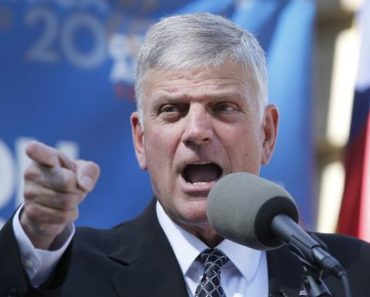