Brennan says, “I resented my father. I wanted nothing to do with him. I really don’t have good memories of my father.” That’s because when Brennan Wegener was just a boy, he and his family were verbally and physically abused by his alcoholic father.

“I recall being in my mom’s arms with her holding a butcher knife protecting us when he was trying to kill her and kill us. I hated myself because of that. I felt guilty and responsible for not protecting my mom or sisters.”

When Brennan was five, his dad and mom divorced. But the abuse continued. This time, he was molested by several babysitters including a female relative. Brennan says, “It left me feeling empty and broken inside. I was told it was my fault, and threatened that if I said something, something would happen to me or my family.”

The abuse finally ended when Brennan was 12. His dad died and his mom re-married. And it wasn’t long before he was addicted to opiates. Brennan remembers, “I snorted that and that was when I felt complete peace and like everything had gone away, completely numb.”

Finally, Brennan decided his only chance to be free from drugs was to get away. At 18, after four years of addiction, he stopped using drugs and enlisted in the air force. Brennan recalls, “ I was very proud of myself. I actually had some self-worth for once.”

For the next two years, Brennan would stay drug free. In that time, he served a tour in Iraq…but one night, while on leave, a man brutally attacked him at a bar for no reason, leaving him with a crushed mandible. After surgery, he was prescribed 8 different narcotic medications that quickly refueled his drug addiction.

Brennan married and later got medically discharged. He and his wife had two sons. But now, he was turning into the person that hurt him the most. Brennan shares, “There was a lot of physical and verbal abuse on both ends. I felt like I’d become my father, which was the one thing I didn’t want to become. it made me feel like I failed in life.”

Now with no medical insurance or access to pain meds, he turned to heroin. Unable to hold down a job, Brennan eventually lost his marriage and ended up living on the streets. “My self-worth was so low and I didn’t care anymore that I felt more comfortable sleeping in cars and on park benches, than being a part of my family.”

Then in 2012, Brennan was arrested and charged for heroin and weapons possession. He was released on probation. At this time, Brennan thought the only way to find peace was to take his life. He would survive two suicide attempts in the coming year. Then, an infection from a dirty needle landed Brennan in the hospital with septic shock. Although in critical condition for 2 ½ months…he survived.

While there recovering, Brennan hanged himself with a belt. He says it was then God came to him in a vision. Brennan recalls, “I teleported like a beach and hot sand and it felt like somebody took a hot jar of honey and just poured it on the top of my head and it went throughout my body to my fingers and toes. And when I looked up it was the Lord, with his hand on my head telling me that everything was going to be okay.”

A group of nurses revived him, and he woke up with a new perspective. Brennan shares, “What changed in my heart about God is that He was real, that there was something out there bigger than myself and that I had a chance.”

After a month of drug rehab, Brennan decided to go to a Christian rehab center in California. At a Saturday night worship service in march 2016, Brennan walked forward at an altar call and surrendered all to God.

Brennan remembers, “I had finally made the choice to go up and surrender at the altar that I was going to give my life to him. The two biggest things for me was first repentance and then asking for forgiveness. I wanted a completely clean slate and I wanted to be forgiven and be able to live a happy, joyous and free life. I was addicted to drugs and alcohol for almost 15 years and it felt like God just had taken that all away.”

Brennan says as his relationship grew with Jesus, he was able to forgive all of his abusers, including his father. “I realized that I’ve always had a father. I didn’t necessarily need an earthly or physical father, I’ve had a heavenly father, and for once in my life that’s all I feel I really need.”

Today, Brennan is newly married and enjoys being a father to his two sons. He now knows his identity in Christ and the heavenly father who gave it to him. Brennan says, “God is a savior. God is a redeemer. And He’s my rock and He is everything. My identity in God is I am free. I am no longer a slave. And I am a child of God.” 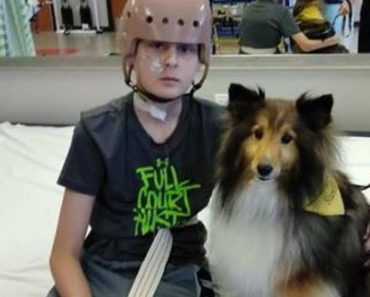