Growing up, Barry Zito’s dad, Joe, was a talent manager who at one point was the bandleader for Nat King Cole. His mom pastored and cofounded a new age church. Joe could see early on that Barry was gifted at baseball. Every day of the year, except sick days and holidays, Joe would spend two hours with Barry practicing his pitching. “Dad spared no expense or energy to get the best of whatever I needed to improve at baseball,” recalls Barry.

At a young age, Barry’s identity as a person was fused with his identity as a baseball player. Joe unknowingly cemented into Barry’s brain that he was only worthy of love and acceptance when he performed well on the mound. His self worth became directly connected to his pitching performance.

In high school, as an escape from the pressure of sports, Barry began doing drugs. He smoked pot for the first time when he was fourteen and then progressed to LSD, mushrooms, cocaine, and even crystal meth. He craved freedom outside his disciplined baseball life and began to hang out with the wrong crowd.

Although his parents tried to keep him off drugs, Barry continued chasing the wrong things. He began stealing and vandalizing to fit in with what he considered the cool crowd. The spiritual belief (taught to him by his mother and grandmother) that he was ultimately responsible for his own success and happiness began to drive his ego.

In 1996, after graduation, Barry began his baseball career at the University of California in Santa Barbara. Later ,when the pro draft came around Barry was selected with the ninth pick by the Oakland A’s. They offered him $1.59 million as a signing bonus. All his dad’s years of planning and predictions had materialized. With some of the money Barry received from the signing bonus he was happy to help his parents, who had struggled financially for many years, pay off all their debt and then buy his dream car.

In July of 2000 Barry was called up to the big leagues. He began to be aware of his importance and quickly got into a reckless pattern of behavior. Sex, partying, and TV attention would be his lifestyle for years. “I slowly started losing touch with the real world. I was living in a fantasy where people were chanting my name on the field, and girls were fighting for my attention off the field,” recalls Barry.

In 2002 at twenty-four years old Barry was awarded the Cy Young Award (an award given to the most outstanding pitcher in each league of Major League Baseball). He was the fourth youngest player to ever win the award. The reality of baseball success was coming true for Barry and Joe. In 2007, Barry signed a seven-year, $126 million contract with the San Francisco Giants. It was the largest contract ever given to a pitcher at that time. He was at the top of his game.

Then in 2008 Barry’s baseball career began tanking. His unpredictability on the mound caused frustration and shame. During this time, he also met his future wife, Amber, who would prove to be a great source of strength and support in Barry’s life.

On the field, fans began turning their back on Barry’s mediocre performance. He was left off the roster for the 2010 playoffs. After the Giants won the World Series he struggled with loneliness and depression. In 2011, things were not looking up for Barry. He had a car accident and suffered a foot injury that would set him back two to three months. He had been searching for answers from self-help books and even a spiritual counselor.

One day, Amber handed him a Bible and told him that this book was what he needed. Interestingly, Barry had started attending the team’s Bible studies and asking the team chaplain questions about Christianity. He was so desperate for answers he began reading the Bible. After a few weeks Barry said the prayer of salvation and accepted Christ as his Savior. Immediately he felt a change in himself. “After the many years of doing all I could to find something real, now Someone had come to me and taken over my life,” shares Barry. He knew that he had found the answer for his life. He proposed to Amber and they married in 2012.

After Barry’s ankle healed, he returned to the team. This time he stayed in God’s Word and focused on honoring God’s gift by doing the best he could on the mound. His best year as a Giant was in 2012. He won fifteen games, lost eight and posted a 4.15 ERA. Barry was an integral part of his team going to the playoffs and winning the World Series. The fans and team were supportive of Barry once again. “Experiencing success without shouldering the weight of all the credit and instead giving it to Him was such a liberating paradigm shift,” shares Barry. In the summer of 2013, Barry called Joe to see what he thought about him retiring. Surprisingly, his dad gave him his blessing to do what he wanted. A few weeks later, on June 19, 2013 Joe died.

After fifteen seasons in the Major Leagues Barry retired in 2015. 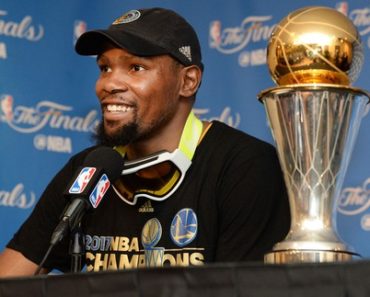 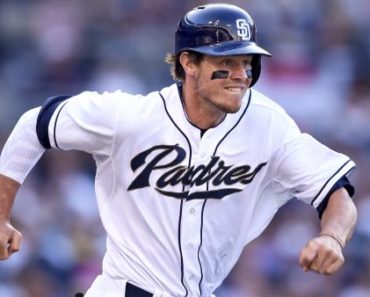