Horror. Anger. Grief. Anguish. Heartbreak. Mourning. Shock.These are some of the emotions this country felt after the latest wave of mass shootings. But surprise was not among them. And that is one of the tragedies of these tragedies. A man opened fire at an El Paso shopping area Saturday morning, August 3, killing at least twenty people and wounding twenty-six others. He was apprehended at the scene.

Early the next morning, another shooter opened fire, this time in an entertainment district in Dayton, Ohio. At least nine people were murdered, including the gunman’s sister, and twenty-six others were wounded. The shooter was killed by police. Just one week before, another mass shooting occurred at the Gilroy Garlic Festival in Gilroy, California resulting in four deaths, including the gunman, and 13 other injuries. There have now been 251 mass shootings in America this year. And 2019 is little more than seven months old. To be sure, these tragic shootings are just the tiny tip of a massive iceberg of violence and murder. And violence and murder are themselves just tips of an even bigger iceberg of national sin and rebellion and dysfunction.

In every single case, when the shooter leaves some sort of message, it reveals he has convinced himself that he is the real victim of powerful forces beyond his control, and that the only remaining option he sees for defiance is shooting as many random people as possible in a public place.

Before the bodies were even removed from the scenes, Democrats and the liberal media were politicizing these tragedies and fanning the flames of hatred by accusing President Trump of not only being a racist but being directly responsible for the shootings. The fact is the two shootings in El Paso, Texas, and Dayton, Ohio, appear to be motivated by opposite sides of the political spectrum.

As the nation reeled from these tragic shootings, Christian leaders called the massacres pure evil and urged people to seek a spiritual, not political, solution.

Greg Laurie said in a video, “There’s evil in the world. Man is not basically good, man is basically sinful. There’s a devil and the devil’s not down in Hell, he’s working in this world right now. The Bible even calls him the god of this world. “I think when a person picks up a gun and decides to go and slaughter innocent people, this is an act of pure evil motivated by Satan himself. We need to really be praying in our nation for a spiritual awakening because we’re seeing more and more of these acts of violence and so many other problems in our country as well.”

Jack Graham, pastor for Prestonwood Baptist Church in Texas, agreed with Laurie that the tragedies should not be politicized. “The battle is getting hotter and hotter right now and predictably so. In fact, the Bible tells us in the final hours of human history that perilous times will come, difficult dangerous times will come. “We need to remember that ultimately it’s a spiritual solution.”

About two weeks before the shootings, Rev. Patrick J Conroy, the current House Chaplain, felt a spiritual solution was needed in Congress. He opened the session with prayer, a custom in that body since 1789. But this one was not a typical prayer. Rev. Conroy began this prayer by stating that, “This has been a difficult and contentious week in which darker spirits seem to have been at play in the people’s house.” Conroy then proceeded to “cast out all spirits of darkness from this chamber, spirits not from You.” He also prayed for an environment of unity “so that any spirit of darkness might have no place in our midst.”

We would be foolish to ignore the realities of the spiritual realm. Jesus certainly didn’t, regularly casting demonic spirits out of people. The apostles certainly didn’t, also casting out demonic spirits and urging us to resist Satan (for the latter, see especially James 4:7; 1 Peter 5:8-9). Paul wrote, “For we wrestle not against flesh and blood, but against principalities, against powers, against the rulers of the darkness of this world, against spiritual wickedness in high places.” (Ephesians 6:12)

When you look at the landscape of America today, with the mass shootings and the racism, with the rise in idolatry and the epidemic of porn, with abortions and infanticide, with the increase in radical feminism and witchcraft, with the emasculating of men and the war on gender, with the opioid epidemic, the increase of suicides, and the rise of white nationalism, open hatred in politics, violence in our inter-cities (the same weekend of the mass shootings, 17 people were shot in Chicago in a two hour period which had almost no news coverage), you can see those spirits at work and you have to wonder how all this could possibly end well. I have never seen more hatred in America than I see right now.

For all the good things he has accomplished (and there are many),Trump remains a highly divisive force. And day after day, the media is stirring up more anger, frustration, strife, discord and division. Politics has become a religion for many. But that is a religion that cannot solve the problems that plague our nation today because there are no political solutions that will cure the ills that lie at the root of our society.

It would seem to be an impossible task to rid this county of the evil that exists today but there is a movement that has accomplished a similar task before. It is not a Republican or Democrat led movement but one from on high. It is called a Revival. True revivals have always had a tremendous effect on the societies where they occurred.

One example is the Welsh Revival that started in 1904. It began with a few people seeking God in prayer and then exploded across the land. As a consequence of the Welsh revival, crime rate in the country reduced by almost 100 percent. The rate of criminal convictions reduced to almost zero. The police became idle and rather than being preoccupied with chasing and catching criminals, they became preoccupied with supervising the human traffic of people attending and leaving church services. The alcohol industry almost went extinct because people stopped drinking alcohol and many pubs had to close because people were attending church meetings instead. Men became responsible and rather than wasting their money on various vices, they brought their money home and provided for their families needs. Furthermore, husbands became more loving, while broken friendships were restored. The use of foul words reduced as people opted for uncorrupted words. For instance, people who used to deface bridges and walls with obscene words replaced these words with quotes from the bible and hymn books. In short, the Welsh revival resulted in an internal transformation for the people and the society. Wow! Can you imagine that kind of change happening in America today?

Prayer and revival always go together, whether in the Scriptures or in church history. In 2 Chronicles 7:14, a verse that has inspired countless Christians to pray for revival, the Lord says to King Solomon, if “My people who are called by My name humble themselves, pray and seek My face, and turn from their evil ways, then I will hear from heaven, forgive their sin, and heal their land.”

When is the last time you prayed, earnestly and intentionally that the Lord would bring a revival? Wouldn’t it be a great feeling to be able to tell your children and grandchildren that you were one of the people that prayed in the Great Revival of 2019 that chased the evil out of our land and brought peace and prosperity to our divided nation?

I challenge you to join me in prayer for just 10 minutes every day. Tell your pastor about it and get your church involved. Start a prayer group or add this to the list of things your present group is praying for.

Revival can happen here and it can happen now! All it takes is a few dedicated people humbling themselves and crying out to the Lord. God can do in an instant what politicians will never accomplish in a lifetime! 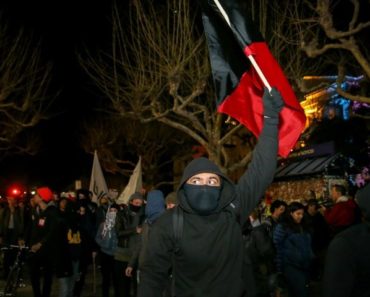 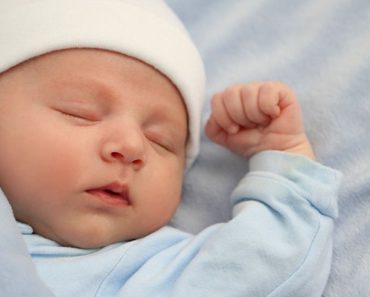 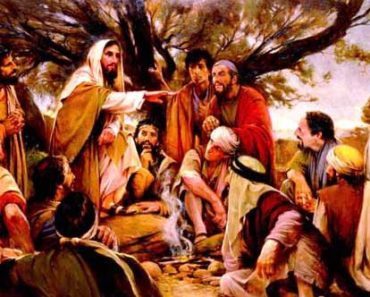