“I should be writing my college essay, not my will.” This message was seen on a protest sign held by a student showcasing their frustration with the problem of school violence.

School shootings in North Carolina, Colorado, Kentucky, Florida and Maryland this year have brought a growing awareness to the problem of violence in schools. Arguably, no other crime forces Americans to confront the reality of evil than when a gunman murders school children. Yet some of the reasons why these horrific incidents happen are seldom discussed.

The political discourse and public conversation often centers on how lawmakers might further regulate firearms. But there are a number of societal factors that play a role in school shootings — such as the increasing use of social media and the internet, the prevalence of violence in video games, television shows and cinema, and the increase of fatherlessness and broken family units.

“It’s easier to say ‘ban firearms’ than it is to formulate comprehensive policies directed at these more complicated societal issues, but we must keep redirecting the conversation back to how we fix the deeper problems,” stressed Amy Swearer a fellow at the Heritage Foundation who is deeply involved in school safety.

Many of these young shooters come from fatherless homes. Fewer than half (46%) of U.S. kids younger than 18 years of age are living in a home with two married parents, according to Pew Research. As a nation, we’re reaping the bitter fruit of the dismantling of the family, and the Church hasn’t sounded the alarm. God has established the main institutions of government, Church and family. If you let any one of those institutions go wrong or run off the tracks you’ll have huge societal problems.

Churches would do well to become more proactive in developing programs for single families. They need to encourage responsible parenting, to teach parents to come alongside their children and ask how they are beyond schoolwork. How are their friendships? How is their relationship with God? It really does take a village to raise a child, and the Church should be part of that family.

There also is a clear link between gun violence and mental health. Statistics show that at least 59 percent of the mass shootings that took place in the United States between 1900 and 2017 were carried out by people who had either been diagnosed with a mental disorder or demonstrated signs of serious mental illness prior to the attack.

Churches need to “get smart” about the way they address mental illness. By building relationships with young people it is easier to spot a downward spiral in their behavior that could eventually lead them to harm themselves or others.

Churches must make every effort to become “safe spaces” for teens and young adults to open up about issues to counter the raft of increased violence in the nation’s schools and elsewhere. For to long the Church has been known for judgment and not being a safe place to open up. So when young people have questions, doubts, angst or fears, they take those to school or to their friends because they feel belittled or judged at church. The Church should be the most welcoming place on earth.

“Teens today are hurting and questioning a lot of things,” said Nick Hall, founder of PULSE, a student-led prayer and evangelism movement. “It starts with social media and bullying and overflows into someone who decides to take their life and the lives of others. The Church needs to be the one shining for the love of God, showing that no matter what your issues are, no matter what your baggage is, that there’s a God who loves you as you are. Jesus says, ‘Come as you are, broken and weary and heavy laden.’ It’s this unconditional love that leads us to surrender, and it’s kindness that leads us to repentance.”

“The only way to go is to our knees,” said Hall. “We need to lead with prayer and awakening. We need to be champions for the next generation. We need to put prayer at the forefront now. The generation is our future, but they will only be our future if we make them our present.” 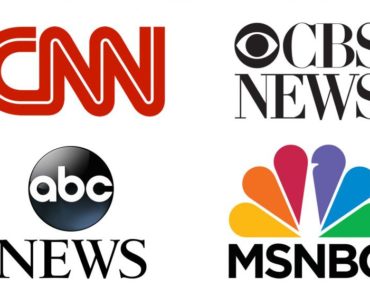