How could the ragtag American colonists face the mighty British war machine that was at its peak of power and dominance? They found the answer in prayer. As the Catholic scholar, William Novak, says, “In all moments of imminent danger, as in the first Act of the First Continental Congress, the founding generation turned to prayer.”

The first meeting of the First Continental Congress took place on September 5, 1774. Delegates traveled from as far north as New England and from as far south as South Carolina to discuss how to deal with the growing British oppression. They were particularly concerned that British troops had occupied the city of Boston and closed its port.

Someone proposed that they begin their deliberations with prayer. Two delegates, however, opposed the motion on the grounds that they were such a diverse religious group, including Anglicans, Puritans, Presbyterians and Quakers, that it would be impossible for them to pray together.

Samuel Adams, a Puritan from Boston who had been impacted by the Great Awakening, arose and said that he was not a bigoted man and that he could join in prayer with any person of piety and virtue who loved his country. He went on to say that, although he was a stranger to Philadelphia, he had heard of an Anglican minister, a Rev. Jacob Dusche, who was such a man, and he proposed that they invite him to come and lead them in prayer. Adams’ proposal was approved and Dusche was asked to preside over a time of Bible reading and prayer.

As the elderly, grey-haired Dusche stood before the Congress, he began by reading the entire 35th Psalm, which powerfully impacted everyone present. It is a prayer of David for deliverance and begins with the words, “Plead my cause, O Lord, with my adversaries; fight those who fight me.” The Psalm ends with praise for God’s deliverance.

As the Psalm was read, a unique sense of God’s presence filled the room and tears flowed from many eyes. John Adams wrote to his wife, Abigail, of the impact of the Bible reading and prayer on the delegates. He wrote,

“Who can realize the emotions with which they turned imploringly to heaven for divine interposition and aid. It was enough to melt a heart of stone. I never saw a greater effect upon an audience. It seems as if heaven had ordained that Psalm to be read that day. I saw tears gush into the eyes of the old, grave pacific Quakers of Philadelphia. I must beg you to read that Psalm.”[I]

After reading the Psalm, Dusche began praying for the delegates, for America, and especially for the city of Boston and its inhabitants who were under siege. As he began praying, the Anglicans, such as George Washington and Richard Henry Lee, knelt in prayer, according to their custom. The Puritans, according to their custom, sat with bowed heads and prayed. Others prayed according to their own, unique customs. But although their outward manners differed, there was a singleness of heart and purpose as they all united in prayer for God’s assistance and intervention for America.

The Congress and the Nation Prays

Prayer continued to be a daily and vital part of the proceedings of the Continental Congresses. When years later Benjamin Franklin called the delegates of the Constitutional Convention to prayer, he reminded them, “In the beginning of the contest with Great Britain, when we were sensible to danger, we had daily prayers in this room for Divine protection.” Indeed, the Catholic scholar, Michael Novak, is correct when he says, “In all moments of imminent danger, as in the first Act of the First Continental Congress, the founding generation turned to prayer.”[ii]

During the Revolutionary War, the Continental Congresses issued no less than 15 separate calls for special days of prayer and fasting. For example, during the fall of 1776, when the morale of the army and populace had sunk to an all-time low because of a poor harvest and hardship on the battlefield, Congress proclaimed December 11, 1776, as a Day of Fasting and Repentance.

Jonathan Witherspoon, a Presbyterian Reformer and member of the Congress, was deputized to write the proclamation, which was then approved by the rest of the Congress. It reads, in part:

WHEREAS, the war in which the United States are engaged with Great Britain, has not only been prolonged, but is likely to be carried to the greatest extremity; and whence it becomes all public bodies, as well as private persons, to reverence the Providence of God, and look up to Him as the supreme disposer of all events, and the arbiter of the fate of nations; therefore; RESOLVED, That it be recommended to all the United States, as soon as possible, to appoint a day of solemn fasting and humiliation; to implore of Almighty God the forgiveness of the many sins prevailing among all ranks, and to beg the assistance of his Providence in the prosecution of the present just and necessary war. The Congress do also, in the most earnest manner, recommend to the members of the United States, and particularly the officers civil and military under them, the exercise of repentance and reformation, and the strict observance of the articles of war, particularly that part which forbids profane swearing and all immorality, of which all such officers are desired to take notice.[iii]

There was an amazing change of circumstances after this day of prayer, with successes on the battlefield and the reaping of abundant harvests. There was, in fact, such a turnaround after this that in 1779 Congress issued a proclamation setting aside a day of thanksgiving, because “it hath pleased Almighty God, the father of mercies, remarkably to assist and support the United States of America in their important struggle for liberty.”

The Congress then listed seven different accomplishments of God on the behalf of the nation, including “many instances of prowess and success in our armies” and “so great abundance of the fruits of the earth of every kind, as not only to enable us to easily to supply the wants of the army, but gives comfort and happiness to the whole people.”[iv]

Washington Makes Prayer a Vital Part of the Colonial Army

The Second Continental Congress, which convened on May 10, 1775, asked George Washington to become commander-in-chief of the ragtag Colonial militias and to transform them into an army that could face the mighty British war machine. Washington accepted the call and began immediately to instill in the Colonial troops a very real faith in God, for as Novak says,

‘Washington knew his only hope lay in a profound conviction in the hearts and daily actions of all his men that what they did they did for God, and under God’s protection.”[v]

Washington, therefore, issued an order that each day was to begin with prayer led by the officers of each unit. He also ordered that, unless their duties required them to be elsewhere, every soldier was to observe, “a punctual attendance of Divine services, to implore the blessing of heaven upon the means used for our safety and public defense.” He also forbade all profanity and promised swift punishment for any who uttered oaths that would offend God or man.

Washington continually sought to instill in his troops faith and reverence toward God. While quartering at Valley Forge, during a particularly difficult part of the war, Rev. Henry Muhlenberg was able to observe Washington’sconduct from his nearby Lutheran Church. He wrote, “Washington rode around among his army yesterday and admonished each one to fear God.”[vi]

That Washington himself was a devout person in his private life was confirmed by Isaac Potts, a Quaker who lived near Valley Forge, Pennsylvania, when the Continental Army, led by Washington, was wintering there under much duress in 1774-75. Potts was a pacifist who opposed the war until he had a life-changing experience while riding through the woods one day during, perhaps, the bleakest period of the war. He said,

“I heard a plaintive sound as of a man at prayer. I tied my horse to a sapling and went quietly into the woods and to my astonishment I saw the great George Washington on his knees alone, with his sword on one side and his cocked hat on the other. He was at Prayer to the God of the Armies, beseeching to interpose with his Divine aid, as it was ye Crisis, and the cause of the country, of humanity and of the world. Such a prayer I never heard from the lips of man. I left him alone praying. I went home and told my wife I saw a sight and heard today what I never saw or heard before, and just related to her what I had seen and heard and observed. We never thought a man could be a soldier and a Christian, but if there is one in the world, it is Washington.”[vii]

The many prayers were heard and the Revolutionary War came to an amazing end. It officially ended on October 19, 1781 when General Cornwallis surrendered his entire force to Washington. In customary fashion, Cornwallis turned his sword over to Washington, and the weaponry of his troops was stacked in neat piles. As this occurred the British band played, “The World Turned Upside Down.” For freedom-loving people everywhere, however, the world had been turned right side up.

Showing the influence of Christianity on the American populace and their leaders, there was none of the revenge and butchery that are so common in Marxist and Islamic revolutions. There were no tribunals to exact revenge, no reign of terror, and no bloodthirsty proclamations by the Continental Congress. The war ended and the patriots picked up their lives and moved on.

Having completed his call, Washington issued a letter of resignation as Commander-In-Chief to the Continental Congress. Then, he wrote what could be described as a pastoral letter, dated June 14, 1783, to the governors of the various states. This letter included his “earnest prayer” that is here quoted in part. He wrote,

“I now make it my earnest prayer that God would have you, and the State over which you preside, in his holy protection; that he would incline the hearts of the citizens … to entertain a brotherly affection and love for one another … and to demean ourselves with that charity, humility, and pacific temper of mind, which were the characteristics of the Divine Author of our blessed religion, and without a humble imitation of His example in these things, we can never hope to be a happy nation.”[viii]

Seeing the vital role of prayer in the birthing of this nation, let us not be intimidated by the assertion that prayer is somehow inappropriate for public or political venues. Let us be bold in our faith. Let us be salt and light in this generation. Let us pray. It is the godly thing to do! It is the American thing to do! 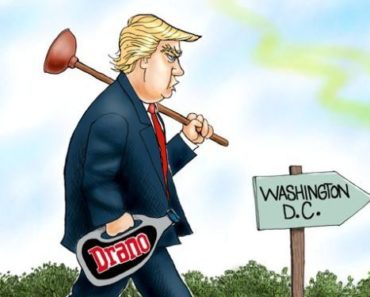 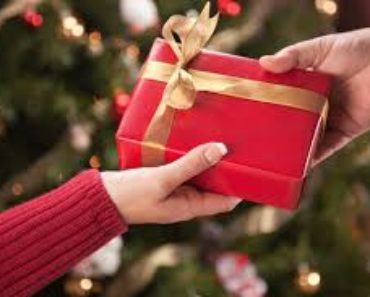