Calling on Jesus in the ER – Good News Journal

In the early morning hours of September 10, 2016 Gina started experiencing chest pains. Her husband, Aaron, raced her to the hospital. Aaron said, “So I pulled into the parking garage and when I looked at over her, she was just stumped over and done.” Aaron ran inside for help, and Gina was taken to the ER. He recalls, “It-it was hard watching, like three people giving her CPR and the bed was bouncing, they were giving her CPR that-that hard. You know, your best friend’s dying right in front of you and you just gotta fight.”

Twice they shocked Gina’s heart, but nothing worked. Aaron said, “I remember looking up seeing zero heartbeat, zero oxygen, zeroes just – no nothing, no hope at all. I knew the devil was trying to take my wife and I wasn’t gonna let him win. And that’s why I begged Jesus, I called on Jesus.” Nothing they tried could get Gina’s heart going. The team stopped their efforts and called in the chaplain to read the last rites. But Aaron was not ready to give up. He recalls, “But I remembered as a kid, my mom saying, ‘When you don’t know what to do, call on Jesus.’ And that’s when I grabbed Gina’s feet and I started begging Jesus and calling on Jesus and life and I was rebuking Satan. It felt like the room was shaking. Every time I would say, ‘Jesus. Jesus. Jesus,’ And then all of a sudden, I remember the nurse going, ‘We got a heartbeat’.”

The team jumped back to work and in minutes got Gina stabilized. They took her to ICU, but she had a long way to go. Dr. Bhaskar visited Gina that first night. He says, “Sometimes it’s a waiting game to see, even though you got the heart started, you don’t know the results of how the other organs are acting immediately.” They then discovered the problem: a blocked artery that would require a stent. Dr. Bhaskar recalls, “This is where the blockage was, close to 100% here. When this artery is blocked it affects the left side of the heart mainly the left ventricle which pumps blood to the rest of the body.”

But surgery would have to wait. Aaron said, “And I remember the doctor going, you know, ‘We’re not out of the woods yet. You have about a 24-hour window. We need to see purposeful movement. If we don’t see that, you know, you’re gonna have to make a difficult decision’.” Dr. Bhaskar recalls, “It looked pretty grave. And we didn’t think that there was much hope at that time.”

Aaron called on friends and family to pray. He says, “350, 400 people plus messaged back, and their churches were praying all over the world. And, you know, with that prayer circle, goes from one person to the next and just went viral, literally. I had friends reposting on their walls, it was amazing.”

Within 24 hours, Gina was responding to verbal commands and they proceeded with the surgery. Dr. Bhaskar said, “Once the stent has been placed you can see good flow to the rest of the heart.” But since her heart had stopped for such a long time, doctors weren’t sure if Gina would ever fully recover. Dr. Bhaskar continued, “If the hearts not started within two minutes, the probability increases of brain death grow drastically high, over 90%.” Aaron recalls, “The doctor said to me, ‘You know, we’re gonna see how this goes. She may have to learn how to talk again. She may have to learn how to walk again.’ It went in one ear and went out. I knew what Jesus had done already, so the rest was-was gonna come.”

Amazingly Gina woke up from the surgery with no problems. Aaron recalls, “She was talking, you know, a day-and-a-half later. I mean, that’s how quickly she recovered.” She went home just two days after her surgery with no need for rehab. Aaron said, “She had a heart attack and she had a cardiac arrest all at the same time, and they call that a widow maker. Her doctor Sype, who put the stent in, said, ‘Aaron, you know, Gina should be dead, especially at four in the morning. You don’t wake up, you-you die.’ And I’m like, ‘Man, God was in charge, for sure’.” Dr. Bhaskar says, “I’ve never seen a case where someone’s time of death is called and the last rites are called in, and say, you know, and then a person comes to. To me, yes, truly a miracle uh that can’t be explained humanly uh or with modern medicine.” Gina says, “There’s no damage to my heart whatsoever.”

Today Gina is an active wife and mother. She’s never had any more issues with her heart. Wherever they go, she and Aaron love to share about the power they’ve seen in the precious name of Jesus. Gina proclaims, “Jesus is there for you, not just in your greatest time of need, but He’s there all the time. Talk to Jesus. I mean, even if you don’t think He’s listening, I promise He’s listening.” Aaron concludes, “I’m not this person that was – I’m perfect, because I’m furthest thing from perfect. And I didn’t deserve this. I didn’t deserve my wife to come back, but Jesus is so faithful, and He loves you when you don’t even deserve it. Jesus is alive. My wife is proof.” 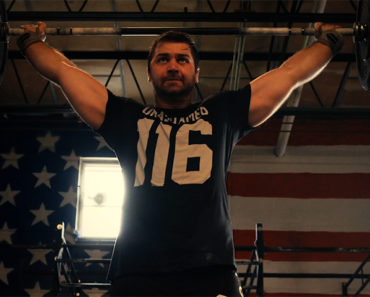 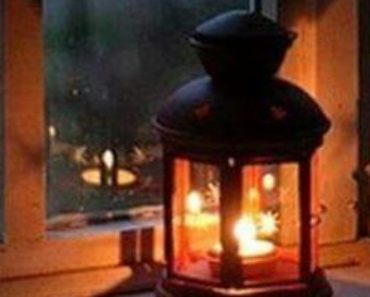