“I feel like I’ve been racing my whole life,” said NASCAR driver Michael McDowell. “There was always something to do uh growing up as a racing family, and drive from Arizona to Charlotte to Chicago and race all over the country.”

From as early as eight years old, Michael McDowell’s life revolved around BMX and go-kart racing. “There wasn’t much outside of racing,” Michael admitted, “When I’d get done with school, I’d come home and work on the go-kart or go to the shop and if I did well in school it’s because I knew I had to go racing.”

“I always had this saying that ‘No is not an option’ and ‘there’s no plan b.’ My ego and my pride was more of like ‘I can do this. Nobody can tell me I can’t,’” the number 34 driver said confidently. “And nothing was going to get in the way; not school, not people, not relationships, and I was willing to do virtually anything to advance my career.”

But his laser focus to press forward in his career, eventually led to discontentment. At 18, Michael was living on his own, seeking sponsorships and racing whenever he could. His life revolved around racing, and racing alone. It wasn’t until he began working for motorsports business owner Ron Huber, a Christian, that he began to see something different.

“He (Ron) was able to really help me make introductions for those next steps in my career,” said Michael. “There was something attractive to just the way he loved his family and the way his family loved him, and it was very impactful at a time in my life where, I’m still fighting really hard to make it to the next steps and I’m allowing myself to manipulate and to use people to help get to that next level. And then here I am with a guy that is already successful and the way that he’s approaching relationships is, ‘what can I do for you?’ Rather than ‘what can you do you for me.’”

Michael worked with Ron for three years. But when Ron died in 2004, Michael had to take a hard look at his faith. There at the funeral, someone asked Michael what he thought about Heaven.

I said, ‘yeah, Ron’s in heaven and he’s a good person,’ and that was kinda my answer. ‘If you’re good, you go to heaven; if you’re not, then you don’t.’ And it was really that simple to me,’” said Michael thinking back. “And then, he just said, ‘what about you? Where are you at?’ And that question just wrecked me for the next month. Like every area of my life I kept hearing, ‘where are you at? Where are you at?’”

As Michael continued to wrestle with that question, he and his girlfriend Jami were invited to church a month later. There, Michael heard about the free gift of salvation.

“And in my world, that doesn’t make sense, because I’m here because I earned it, because I worked hard. And when people were going off and partying, I was studying. And when people were having fun on the weekend, I was racing,’” Michael recounted. “And so now this guy’s saying that you can’t earn it, you can’t buy it, you can’t work for it, there’s nothing that you do to deserve it, it’s a free gift. And when he said that, ‘you can have a fresh start’ I knew that I wanted it. It just shifted my world.”

Jami and Michael married and his perspective began to change as he said ‘yes’ to Christ. But in 2008, one particular race in Texas would put his new faith to the test.

“I was a rookie in the NASCAR series and had this horrific crash – it’s still what I’m known for. But it was a real shift in my faith journey because everybody wanted to talk to me – every media outlet,” said Michael. “And as a rookie in the cup series, this was a great opportunity for me to build my brand and build my name. And ‘am I going to make myself known, or am I going to make Him (Christ) known?’ It really set me up for the next step which was full surrender. And this is the platform. That’s the platform that I have to share it. And it’s not about me.”

And that faithfulness paid off. Michael returned to NASCAR the next year and has continued racing professionally ever since. With 1 win and several top 10 finishes, he’s become a household name in racing. Today he shares his testimony publically and attributes his success to Christ.

“You know, being a race car driver, it’s what I do. It’s not who I am, it’s what I do,” said Michael with a smile. “It’s my job, I love it and I pursue it with everything I have because I know that God’s provided it, but at the end of the day it’s just what I do; it’s not who I am. My identity is in Christ. So when people ask me, ‘who am I?” “I’m a follower of Christ,’ and that’s it!” 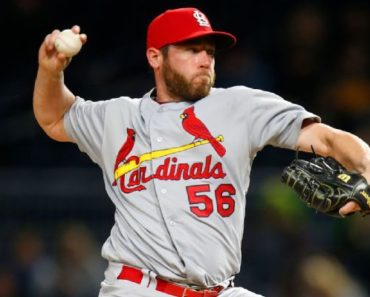 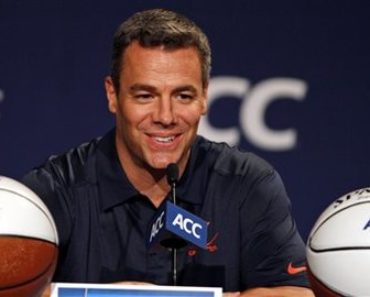