When atheists find evidence of Jesus’ Resurrection and become believers, you know there must be more than just faith that it happened. Two of the most famous former atheists came to a recent Truth for a New Generation conference in Greensboro, North Carolina to talk about how they ended up strong defenders of the fact Christ really did rise from the dead.

As a successful cold case detective, J. Warner Wallace became so well known at solving decades-old murders, he ended up as the foremost expert on national TV true crime shows. But as an atheist, he decided to turn his superior detective skills on disproving the Resurrection of Jesus Christ…or even proving it if the evidence should somehow take him there. He remembered telling himself, “I’m going to have to figure out how to evaluate that for its truthfulness given this skill set that I had as a cold case detective.”

Warner finds in the Gospel of John a key point of proof that Jesus wasn’t faking it and that He really did die: a line about blood and water coming out of Jesus’ body on the cross when a Roman soldier pierced him with a spear. “Water will collect in your lungs,” he explained. “Now if that happens, if you pierce that cavity, you will see a separation of blood and water.”

It struck Wallace powerfully that John wrote of this, saying, “He was either so clever that he included some little-known biological fact that nobody would discover for 1800 years or he just reported what he saw. And as a result we have a good piece of hidden science that confirms that Jesus actually died of cardiac arrest and was dead at the point of the body being taken off the cross.”

As a young atheist, Josh McDowell set off to write Evidence That Demands a Verdict to show the evidence about Christ, including His Resurrection, was so weak, the verdict would be “Not True.”

“The Resurrection was one of several things I knew I had to refute as a non-believer,” McDowell recalled. But instead of refuting, he became so convinced it happened, he spends dozens of pages in Evidence That Demands a Verdict knocking down false theories, like the one suggesting Christ didn’t really die but woke up and escaped from the tomb.

“There were a hundred and some pounds of encasement of aromatic spices and gumming of cement consistency around His body, wrapped tightly in three separate linen cloths weighing about 117 pounds,” McDowell told CBN News. He continued, “Christ was encased in that, and it becomes hardened. Second, how would He be able to move in such a state like that a one-and-a-half to two-ton stone away from the entrance?”

As for the theory His disciples stole the body, the Jewish leaders opposed to Jesus were so worried about that exact thing happening, they talked the Romans into putting a massive guard group — as many as 16 soldiers — outside the tomb.

McDowell scoffed, “The impossibility of that! That they could have climbed through there, tiptoed around all the guards and become invisible to the guards in front of the tomb, rolled a one-and-a-half to two-ton stone that in that day that they said 20 men couldn’t move it.”

Wallace can’t accept this was all just a conspiracy, because detectives know those often fall apart when there are too many conspirators and the people involved face real threats if they don’t recant. He pointed out, “And we don’t have a single, ancient record of any of the disciples ever recanting, when that was often the goal of the people who were persecuting Christians.”

The Bible talks about Christ after His Resurrection showing up before 500 people. Some debunkers say that was likely just a mass hallucination. Neither Wallace or McDowell buy that. McDowell interviewed five experts and learned, “No two people ever have the same hallucination because there’s no external reference to it. It’s all internal.”

We all assume that our friends will back us up, that they will verify what we say if we need a witness, that they will support us–but our enemies? Two particular enemies of the Gospel later became spokesmen for Christianity. Firstly, James, the brother of Jesus we are told “did not believe in Him” (John 7:5; Mark 3:21), but later we are told that he is one of the apostles (Galatians 1:19). The Apostle Paul is another example of someone who was a fierce enemy of Christianity who later became a pillar of the early Church.

McDowell told CBN News the meaning of it all is so powerful and overwhelming, it still touches him deeply more than half a century after he first came to believe Jesus was indeed the Resurrected Son of God, able to conquer death. “It gives me hope that as Christ was raised from the dead, I shall be, too. Because of that,” he stated.

McFarland added, “In the empty tomb, we have it all, ironclad, guaranteed. I tell people the tomb was left empty so that your life could be made full.” 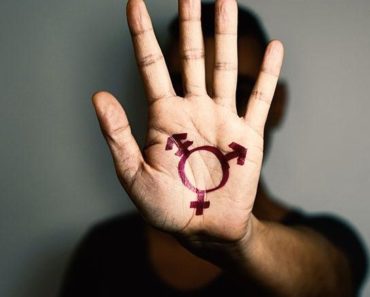