What does the Bible say about the Green New Deal? – Good News Journal 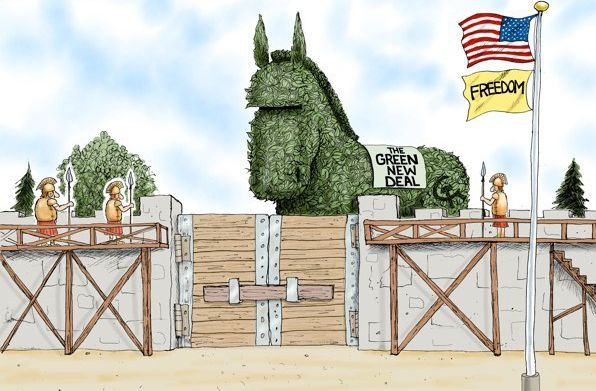 A reader recently asked me the following: Doesn’t the Bible say we should protect the environment and are we going to have to give in to centralized government controls to preserve our natural resources?

There is a lot to consider in those questions so let’s take the issues in order. Yes, the Bible says we are to be stewards of our natural resources. It also addresses climate and economics and what is good and what is evil. We should always try and evaluate public policy through God’s Word to avoid being misled by proposals that are contrary to it.

Genesis 2:15 says, “The Lord God took the man and put him in the Garden of Eden to work it and take care of it.” Adam was given a stewardship responsibility in the garden before the Fall of Creation. Man was placed here to work and manage the beautiful world God created.

But it doesn’t stop there. Throughout God’s Word we learn that we are to faithfully manage more than just natural resources but our time, talents, finances, our children, and the gospel as well. Stewardship is the Lord’s way of restoring all that is broken in the world.

The second part of the question is do we have to become socialists to preserve our natural resources? No. In fact, it is faulty logic to believe that the public sector will be better stewards of anything than those in the private sector. What is being touted as the solution to potential environmental catastrophe, the Green New Deal (GND), is cause for concern and a great leap forward towards a dangerous form of government if it is enacted as law.

Many are supporting the Green New Deal without facts or discernment. The GND is predicated on the alarming assumption that we are on a collision course for a massive environmental and societal disaster in the near term – ten years – by 2029.

Socialist Rep. Alexandria Ocasio-Cortez, D-N.Y., and Sen. Ed Markey, D-Mass., have proposed a resolution that calls for the United States to set a goal of getting 100 percent of the nation’s electricity from renewable energy sources and eliminate all coal, natural gas, oil and nuclear power in 10 years. It would require every building in the U.S. to be retrofitted for energy efficiency. It would eliminate cattle because of the gas they emit, dooming most fast food restaurants and all steak houses. There would be no airplanes.

The GND also promised a “family-sustaining wage, family and medical leave, vacations, and a pension” for every American, as well as free education for life, including college and trade school, “healthy food,” “safe, affordable, adequate housing,” and “economic security” for all, even if they are “unable” or—get this—“unwilling” to work—2 Thessalonians 3:10 gives a clear response to that idea. “ For even when we were with you, this we commanded you, that if any would not work, neither should he eat.”

The GND would dramatically reshape the U.S. economy and add tens of trillions of dollars to the national debt, home heating and electric power would more than triple, and 10 million Americans in high paying gas and oil industries would loose their jobs. Ultimately, this deal would fundamentally change how people produce and consume energy, harvest crops, raise livestock, build homes, drive cars, travel long distances, and manufacture goods.

And get this…it wouldn’t even work! In fact, the U.S. could cut its carbon dioxide emissions 100 percent and it would make little difference in abating global warming. Yet, elements of the proposal have already drawn support from many congressional Democrats, including several seeking their party’s presidential nomination.

Rather than human evil, the breakdown of the family, or the compromise of morality, the GND identifies our modern economy as the problem, and promises to dismantle it without offering any viable replacement. In short, what Ocasio-Cortez and Markey offer is the state as our savior. That should shake Christians to their core. Isaiah 43:11 states, “I, even I, am the Lord, And there is no savior besides Me.”

The Bible specifically warns about debt in Proverbs 22:7, “….the borrower is a slave to the lender.” Financial collapse seems a far more likely near-term threat to our way of life than climate change. Many young Americans are deeply concerned about our environment and rightly so; however, solutions must be grounded in sound economic principles. Out of control spending (caused by lack of good stewardship of our national wealth) is a threat that plagues our national security.

The Bible contains specific verses about God’s control of the climate and the consequences for man’s disobedience. The first is that God is in control of the weather. (Genesis 8:22 ESV) Another is that one day, that glorious day of His coming, the Lord will allow the heat to rise to such temperatures that even the heavenly bodies will melt. (2 Peter 3:12 ESV)

Biblical stewardship means we must make decisions that will ultimately glorify God and positively impact the lives of others across the planet. Greed and exploitation are completely inexcusable. Love for God, gratitude for all He has given, and concern for people made in His image should drive our efforts. What is really needed is true repentance for our sins before the holy God who controls the weather.

“This is how one should regard us, as servants of Christ and stewards of the mysteries of God. It is required of stewards that they be found faithful.” (1 Corinthians 4:1-2 ESV) 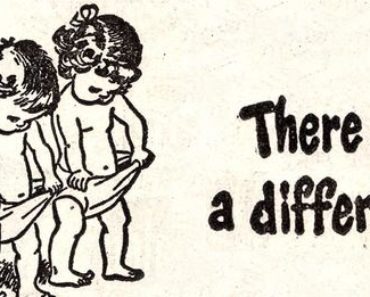