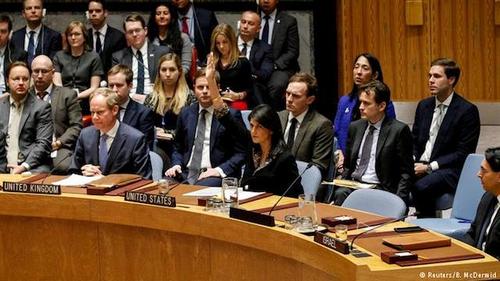 turies earlier, the prophet Zechariah wrote these words from the Lord, “I will gather all the nations against Jerusalem for battle” (Zech. 14:2) Did the UN just move us one step closer to fulfilling this ancient prophecy?

Before answering this question, let’s look at the events on the ground. First, the UN once again distinguished itself for hypocrisy by targeting Israel for its criticism – specifically, America’s support of Israel – while remaining silent on so many issues of world importance.

What has the UN been doing during the horrific war in Syria? Where has the UN been during the attempted genocide of Christians in the Middle East? Decades earlier, what did the UN have to say about Tiananmen Square in China or Saddam Hussein’s chemical warfare against the Kurds? Yet when America recognizes Jerusalem as Israel’s capital, the UN is an uproar.

As I noted previously, groups like UNWatch.org have documented the UN’s consistent policy of singling out Israel for rebuke and condemnation while virtually ignoring atrocities committed on a mass scale by other nations, including Israel’s neighbors.

To give one case in point, during the UN General Assembly’s 61st session (2006-2007), “the time spent by ambassadors on enacting the 22nd anti-Israel resolution of the year was time not spent on passing a single resolution on Sudan’s genocide in Darfur.” So, while Sudanese Christians were being slaughtered en masse by Muslim soldiers and gangs, the UN General Assembly spent its time enacting 22 anti-Israel resolutions.

Second, in anticipation of the UN vote, the United States handled things exactly as it should have: with a strong word of rebuke and warning. After all, different international leaders did not simply called President Trump and say, “We strongly differ with your recognition of Jerusalem.” Instead, in the most public forum available, 128 nations stood together to condemn America for doing was what right and righteous, declaring our decision “null and void.”

Nikki Haley’s words to the UN before the vote said it all: “To its shame, the United Nations has long been a hostile place for the state of Israel. Both the current and the previous Secretary-Generals have objected to the UN’s disproportionate focus on Israel. It’s a wrong that undermines the credibility of this institution, and that in turn is harmful for the entire world.”

Then, after articulating all the good our country does around the world, along with its support for the UN, she rebuked the UN for disrespecting America, saying, “The United States will remember this day in which it was singled out for attack in the General Assembly for the very act of exercising our right as a sovereign nation. We will remember it when we are called upon to once again make the world’s largest contribution to the United Nations, and so many countries come calling on us, as they so often do, to pay even more and to use our influence for their benefit.”

And finally: “America will put our embassy in Jerusalem. That is what the American people want us to do and it is the right thing to do. This vote will make a difference in how Americans look at the UN. And this vote will be remembered.” Here, here, Ambassador Haley!

Third, the 7 nations that stood with Israel and America today are a most unusual group, consisting of Guatemala, Honduras, Marshall Islands, Micronesia, Nauru, Togo, and Palau. Honestly, now, how many of us heard of some of these countries before? And how many of us could locate some of them on the map?

But what of the matter of ancient prophecy? Is there a connection between the UN’s vote and the Bible?

I would say yes, for at least three reasons: 1) The vote confirms international hostility towards a Jewish Jerusalem. 2) The vote reminds us that the biblical authors were inspired when predicting that an end-time coalition of nations would come against a Jewish Jerusalem. 3) The vote tells us that, just as Scripture indicates, the city of Jerusalem alone is the whole world’s business (see Zech 12:3).

Of course, this does not set a time frame for a united attack on a Jewish Jerusalem, and we don’t know if “all nations” (in the words of Zechariah) means every nation on earth or simply a worldwide coalition.

But, after watching the last 2,500 years of history, coupled with the UN’s anti-Jerusalem vote this week, it’s hard to read the Bible and think that the writers just guessed things right. What are the chances of that? 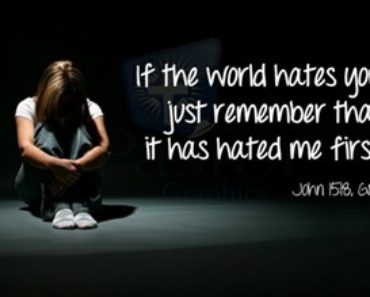 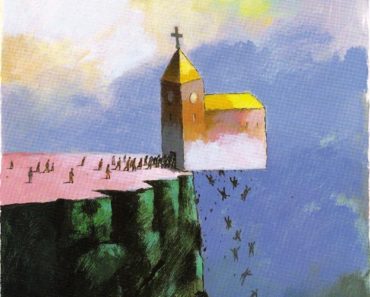