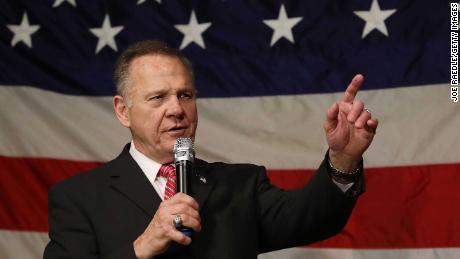 What are we to make of the victory of Democrat Doug Jones in very Red Alabama? Was this a vote against Trump and therefore part of a larger national shift, a precursor of things to come? Was it a vote for decency and honor, assuming Roy Moore was guilty of the charges brought against him? Or did fake news and lying allegations steal the election from a devoted Christian conservative? Those questions will be debated endlessly in the days ahead—and with good reason—but as an evangelical follower of Jesus, I’d like to propose some other questions for us to consider.

Were we guilty of putting our trust in the Republican party? This has been a nasty habit of ours for several decades (especially among white evangelicals), as if having a Republican majority in Congress, along with a Republican president, was the key to moral and cultural change. To the extent we believe this to be true, we are putting our trust in flesh and blood rather than in the living God, looking to man to do what only the Lord can do. Did we actually believe that the key to national transformation was maintaining a Republican majority in the Senate?

Do we pray for the elections more than for awakening? I do believe elections are important, and for better or worse, America looks different today than it would if Hillary Clinton, not Donald Trump, were president. But how much more important is spiritual awakening? How much more critical is revival in the church, which then has the potential of impacting the nation and beyond? If we prayed for revival and awakening the way we pray for (or, talk about and think about) the elections, our nation would be shaken.

Were we willing to trade our integrity for a seat in Congress? Because I was unsure if the charges against Judge Moore were true, had I lived in Alabama, I would have voted for him, since I much preferred his moral vision to that of Doug Jones. But I would not have voted for him if the most serious charges against him were true. If he was guilty back then, he is a lying hypocrite today—and a lying hypocrite of the highest order, one who touts the Ten Commandments but flagrantly breaks them. I do not see how we could vote for such a person in the name of righteousness. Had he been guilty, and had this been part of his public record, I would have gladly forgiven him, seeing that this happened decades ago and no one brought charges against him in the decades since.

I still hope that the charges are not true, which would mean that a massive, ugly, political hit job succeeded in bringing down a good man. But I believe we further tarnished our witness by saying, “Guilty or not, lying or not, he has my vote.”

If our greatest weapons are spiritual, why aren’t we using them? Do we have any more effective tools for national change than prayer, fasting, holy living and evangelism? Has the Great Commission changed from “go and make disciples” to “go and elect politicians”? How many of us even share the gospel anymore? How many of us actually believe that people are lost without Jesus?

What if Judge Moore was robbed because of false accusations? What if a pro-abortion liberal won a senatorial seat because of a left-wing plot fueled by the media and funded by the likes of George Soros? What if a tremendous injustice has been done?

Even if the worst-case scenario were true, are we willing to put our trust in God, who always has the last laugh, believing that He can turn things around for greater good? And if Judge Moore was guilty and not deserving of a seat in the Senate, can we trust that righteous people were restrained from voting for him, and all of this is divine chastisement?

Obviously, emotions are high on all sides, but if we turn those emotions into prayer and holy action, it will turn out for the greater good. 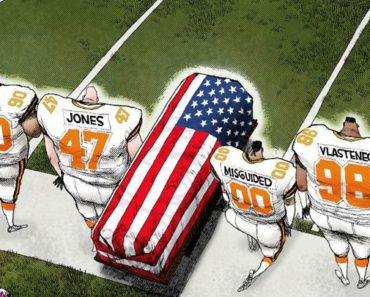