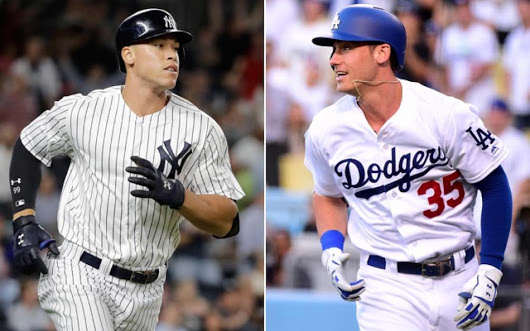 Aaron Judge and Cody Bellinger were unanimously chosen as Major League Baseball’s Rookies of the Year by the Baseball Writers’ Association of America. Both players come from faith-filled families, and their record-setting home run seasons lifted their teams – the New York Yankees and the Los Angeles Dodgers – into postseason play.

A devout Christian, Judge, 22, has often spoken about his faith and his adoptive parents, who have shied away from the spotlight. “I feel they kind of picked me. I feel that God was the one that matched us together. Some kids grow in their mom’s stomach; I grew in my mom’s heart,” Judge stated. “She’s always showed me love and compassion ever since I was a little baby. I’ve never needed to think differently or wonder about anything.’’

As for where Aaron Judge gets his humility, the answer may be found on his Twitter page. On the “About Me” section, “baseball” is listed fourth, behind “Christian,” “faith,” and “family.”

And Bellinger’s mom, Jennifer, is a faith-filled follower of God, and incredibly proud of her son Cody. Her Twitter bio starts with “God,” and ends with “Mom.” “God, family, friends, fashion, good food and music…. and all about the baseball life, wife, and mom,” she says.

Jennifer told MLB.com in May she was excited to see her son get called up by the Dodgers. She said she started to cry when she saw footage of his name being stitched on the back of a jersey.

“As a mother, what you want for your kids is them to be doing what they love to be doing as an adult — to be in that sweet spot of life of what they’ve been designed to do, and as a mom, you raise the kids to be a great adult,” she said. “I love that he has this character to be a great person, a great Christian, and a great teammate, and as a mother, that’s what you want to see in your kids more than anything.”

During her son’s World Series performance she retweeted this Bible verse about the power of prayer:
“So, I tell you, whatever you ask for in prayer, believe, that you have received it, & it will be yours.” -Mark 11:24 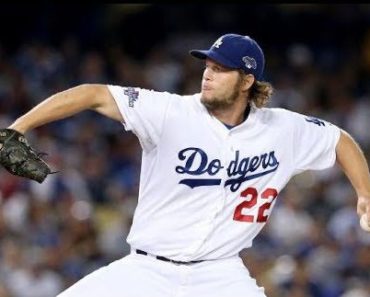