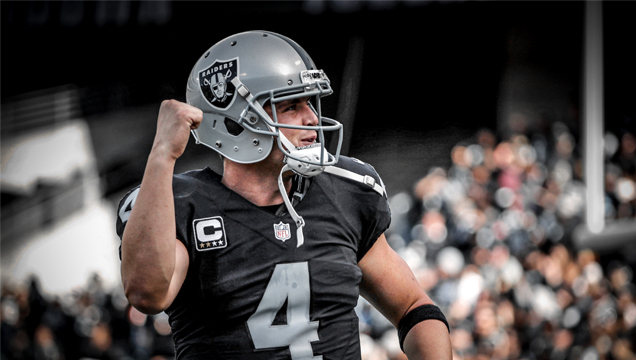 At only 11-years-old he was throwing 50-yard passes with his older brother David Carr, then a rookie NFL quarterback. Raised in a godly Christian home, younger brother Derek sowed his share of wild oats until the love of Jesus expressed through a woman drew his heart back to God.

“I grew up in this church and I knew who Christ was and I knew who God was and I loved him,” Derek shared in his home church in Fresno, California in 2015. But even though Derek prayed to God and knew who He was, he didn’t fully give his life to Christ and follow Him until later.

“I grew up loving football, basketball, and baseball,” he recounted. “My dad went to all my games and if he couldn’t be at a game, he would call me on the phone and pray for me. He was always there for me. My mom was always there to pray for me and talk to me. My family life was awesome. I had parents who loved me.”

Derek admits he made some bad choices in high school. “I was smoking weed, having sex. I wish I didn’t do those things. I was out partying, staying out late.” Still, he maintained a façade around his parents. “I was a different kid on Sunday than I was on Friday and Saturday night. I would still tell people about Jesus because I believed in Him and knew it was the truth, but I would go do these things and say, ‘Father, forgive me.’ That’s a scary way to live.”

Before Derek’s grandfather passed away he went to visit him at the hospital. While his grandfather was too weak to speak to him, the dying man wrote Jeremiah 29:11 on a board: “’For I know the plans I have for you,’ declares the Lord, ‘plans to prosper you and not to harm you, plans to give you hope and a future.’” Deeply touched by the encounter, Derek later got the verse tattooed on his wrist.

After he enrolled at Fresno State, he competed for the starting job as a freshman. “God knew I wasn’t ready to handle that. If He was to give me all those things when my life wasn’t right yet, oh my goodness, I wouldn’t be here, you would be praying for me,” he confessed.

He was still deeply enmeshed in the party lifestyle. “There are things I don’t want to remember. I was so selfish and hurt other people. My heart wasn’t right. I wanted what I wanted. I wanted to please myself. I was thinking I was living the life. The life I was living was leading me down a road to destruction and death. That’s where I was headed,” he said.

But one day God used a beautiful young woman, Heather Neel, to get his attention. They met at BJ’s Brewhouse, where she worked as a server. “I hit on her. I talked to her. I used a corny pickup line and it worked. She told me I needed to come to church with her.” Derek knew he should be going to church but never found the time.

Heather began to pray for Derek to come back to the Lord. “One day we got in an argument over something. I won the argument and then she grabbed my hand and started praying for me.” She followed up the prayer with a 10-page letter. One line in the letter stuck in his gut: “you’re not the person I thought you were.”

As Derek pondered the implications of her letter, the Holy Spirit began to pierce his heart and he began weeping. “I was this mean, tough, football player and I was bawling his eyes out, alone, in my bedroom, in the house I shared with my buddies,” he recounted. He knew the time had come for him to get right with Jesus. Derek recognized that nothing could fill the void in his heart except the love of Christ. He dropped to his knees in surrender and began to pray.

“My life is yours. Forgive me of my sins; forgive me of the sins I don’t even know I committed. My heart is yours. Take it and do what you want with it. No matter what you tell me to do the answer is yes. I’ve been sitting on the fence long enough. I don’t want to do that anymore. That is the day my life changed and I said no to sin.” He married Heather in 2012 and they have two sons.

During his three years as a starter at Fresno State, Derek threw for 12,843 passing yards and 113 touchdowns. In 2013, Carr won the Sammy Baugh Trophy, which is awarded annually to the country’s top college QB. He finished in 8th place in the Heisman Trophy voting. Drafted by the Oakland Raiders, Carr had 53 career touchdown passes, the second most by a quarterback in his first two seasons. He replaced Aaron Rodgers in the 2016 Pro Bowl.

He gives glory to God for transforming his life. “Don’t make the stupid choices I did and search for the things this world tells you is right,” he said. “Give Jesus true Lordship and control over your life. Say you are God and I’m going to live for you. The greatest decision I ever made is to give him Lordship over my life.” 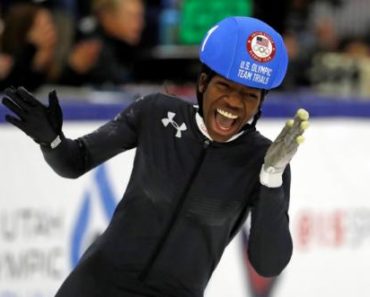 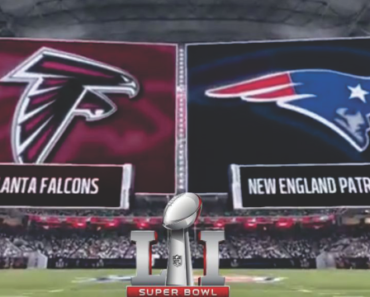